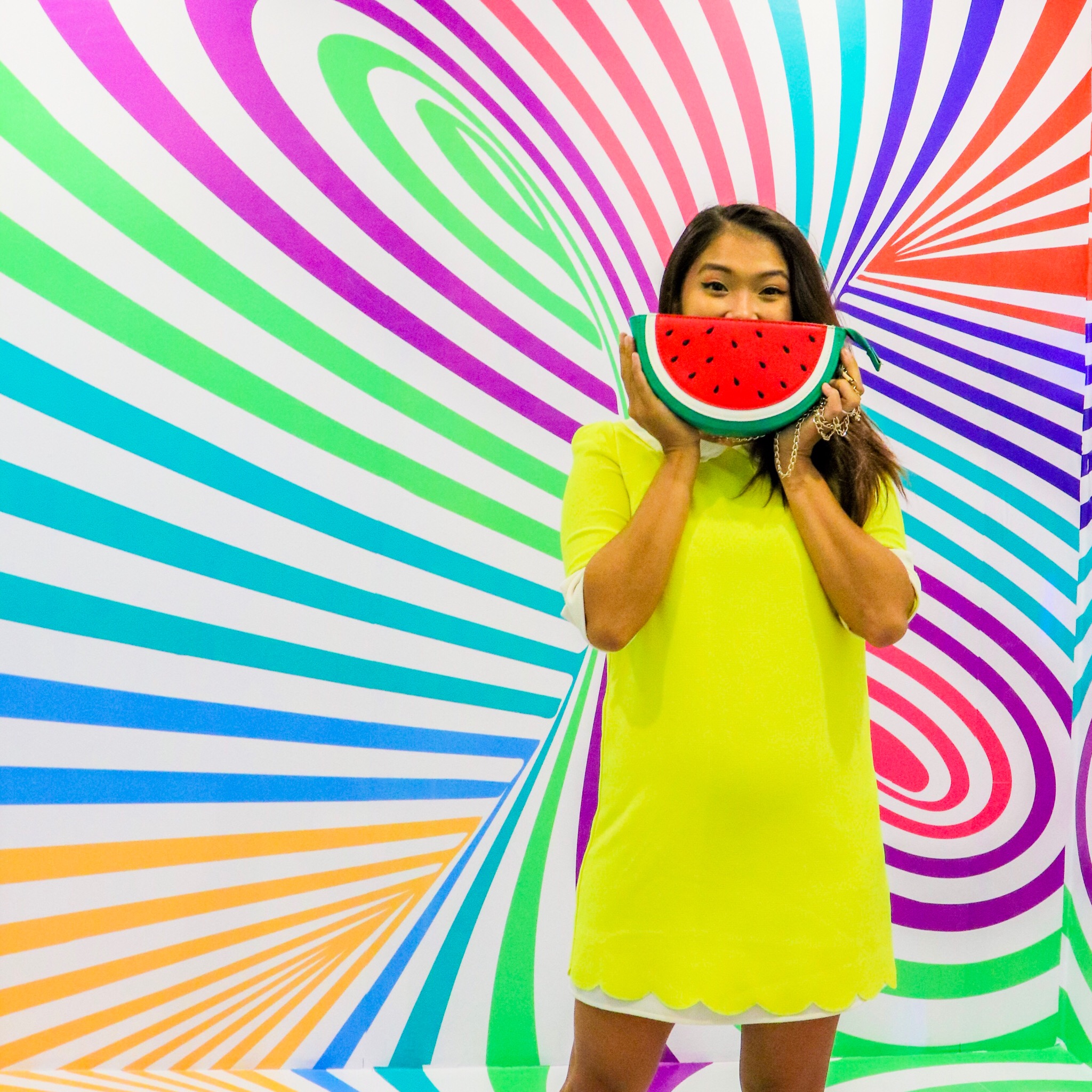 Davies paint in collaboration with SM City Cebu launched a sweet installation of bright sites & beautiful backdrops perfect for those hoping to liven up their feeds. This candy themed installation, located at the North Wing of SM City Cebu, is free for anyone and everyone who has a knack for quirky and fun photos.

Check out the photos I was able to take at the venue: 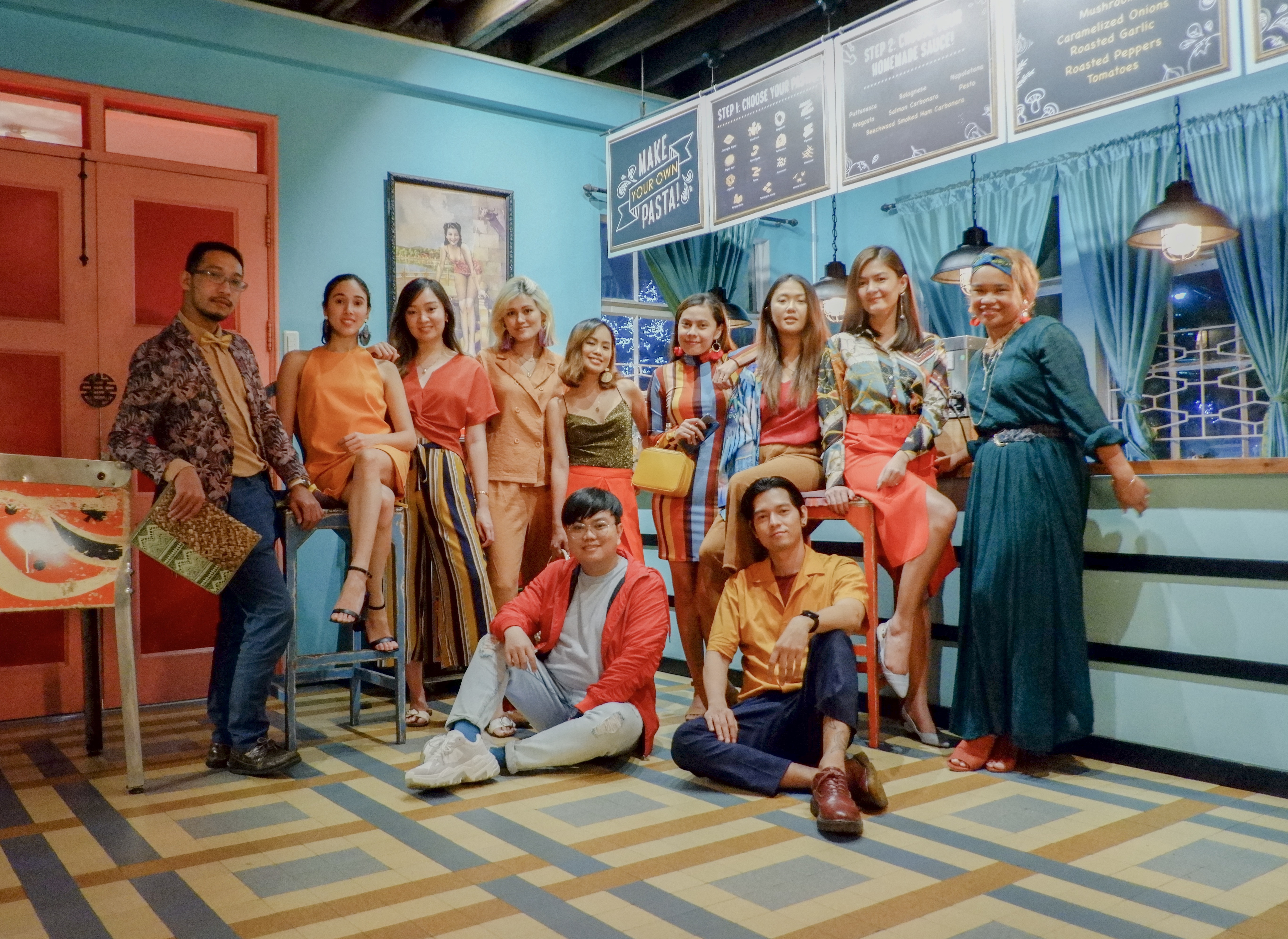 Our CFB Christmas & Thanksgiving party was a little early this year as the December months can get quite hectic. We opted for the theme Colors of Marraekech which is a bold and bright display of colors significantly associated with Morocco with hues of deep purples, teal and camel.

Dressing up in this theme sparked the inner gypsy- hippie in me and I gladly took the opportunity to take out my multi-colored cover up that I got on one of my thrift store adventures.

I wanted to stick to theme with the little dressing options that I had as I didn’t want to have to go out and spend for a new outfit. I figured the embodiment of this theme was something free, flowy and definitely colored so I came up with this:

The “walang suklay” look was not intended but it added a nice touch. Throw in a nice chain head piece and it might’ve looked a little put together- unfortunately, I threw mine out. boo.

Here are the other looks from my fashion forward loves:

Hope this serves as inspiration for those who need it! <3 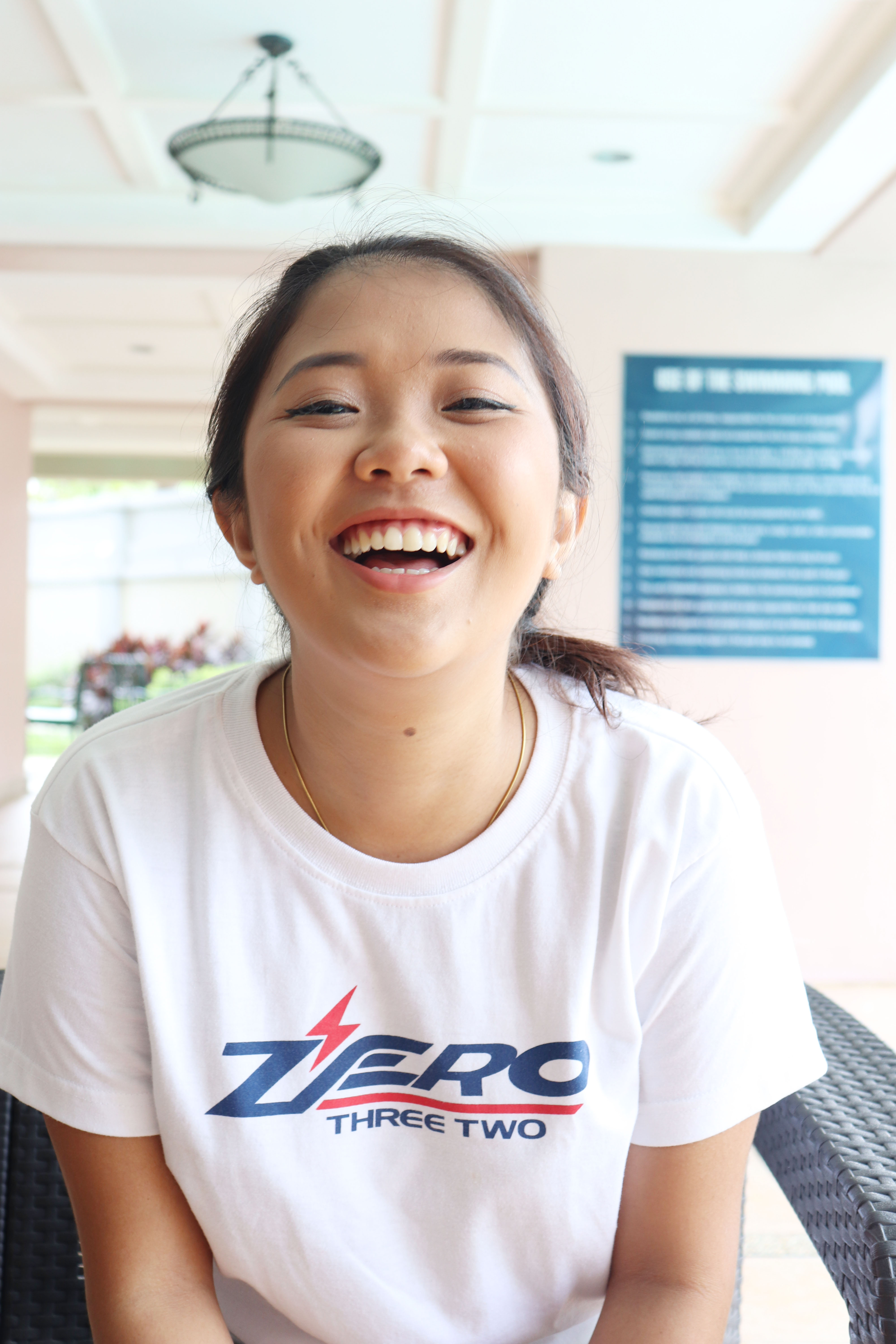 Gone are the days of tacky, neon colored touristy shirts for me- my Zero Three Two t-shirt was a simple, yet catchy homage to our culture. I mean, come on, name one true blue Cebuano who wouldn’t be able to recognize the Veco logo?

While most of the people who were watching the segment from all around the world had no clue of what my shirt mean, ZERO THREE TWO is in fact our local area code while the type face is our local electricity providers logo.

It was an honor to represent the Philippines again! I hope you enjoyed my session and that it inspired and/ or taught you a little something when it comes to podcasting.

I do intend to return to creating podcasts for everyone but maybe I’ll do it sometime after the wedding. There’s just so much on my plate right now- I know you’ll all understand 🙂 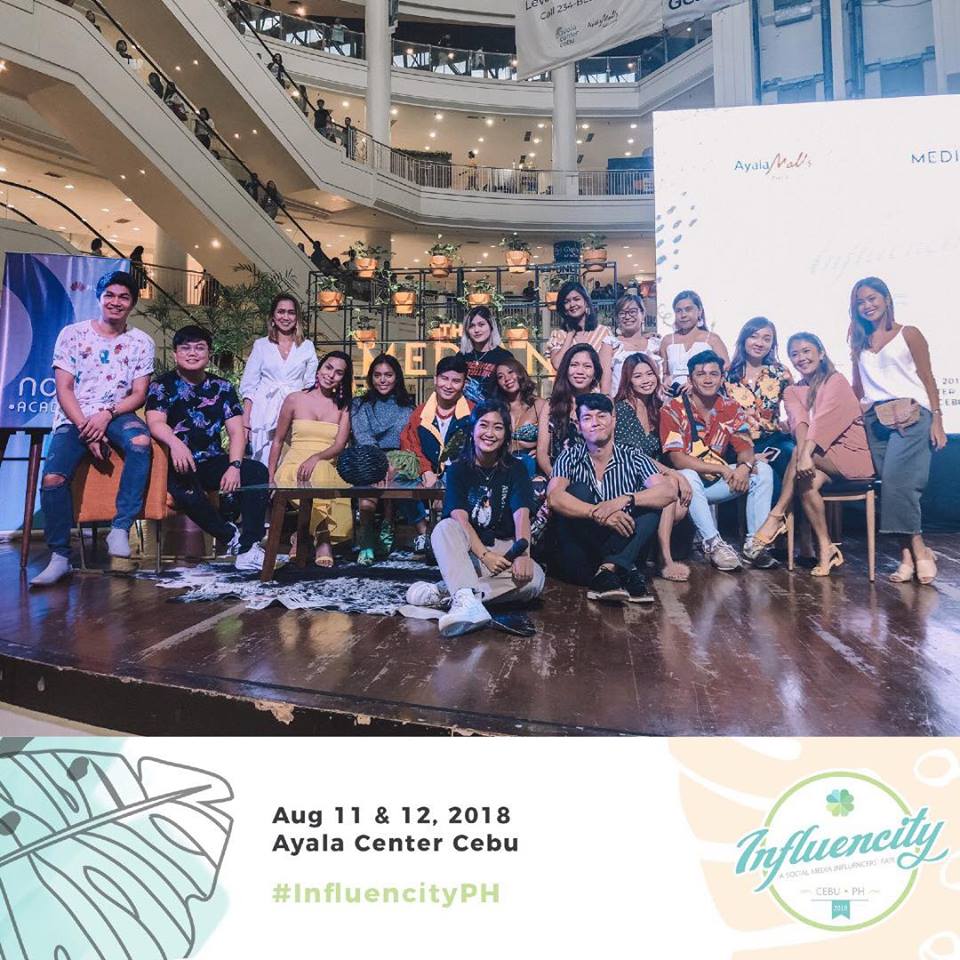 I wonder if people on the online world still consider me as a fashion blogger considering that my content has been so diverse, even I don’t really know what to consider myself these days! But fashion has always been something I’ve loved despite feeling so restricted by it. I live in a tropical country and I live for layers & coats- you do the math. -_- but fashion, food, travel or whatever else in between, it was an honor to be invited to Influencity’s first run!

Influencity is a 2-day lifestyle bazaar created to bring together style bloggers, beauty gurus and social media influencers all in one event. It aims to provide an avenue for influencer-follower interaction, promote partner brands and present collaborative work opportunities between influencers and brands. Furthermore, Influencity aims to bolster camaraderie among influencers from different blogging groups and social media platforms.

For this event, I wanted to be somewhat chic but comfortable at the same time but I often find myself looking back at my fashion choices and asking myself why I decided to leave the house looking like that. I’m over critical, it’s in my blood but I often wait til the last minutes to do so.

In retrospect, I would’ve worn a different, form fitting top instead of this lazy white round neck shirt. I feel like I’m not giving my body that much of a silhouette with the baggy blazer & baggy shirt which is probably why these photos never made it on my Instagram. Oiii, Instagram consciousssss. lol.

But my heels are the best. I need more outfits in these heels. I love these heels! 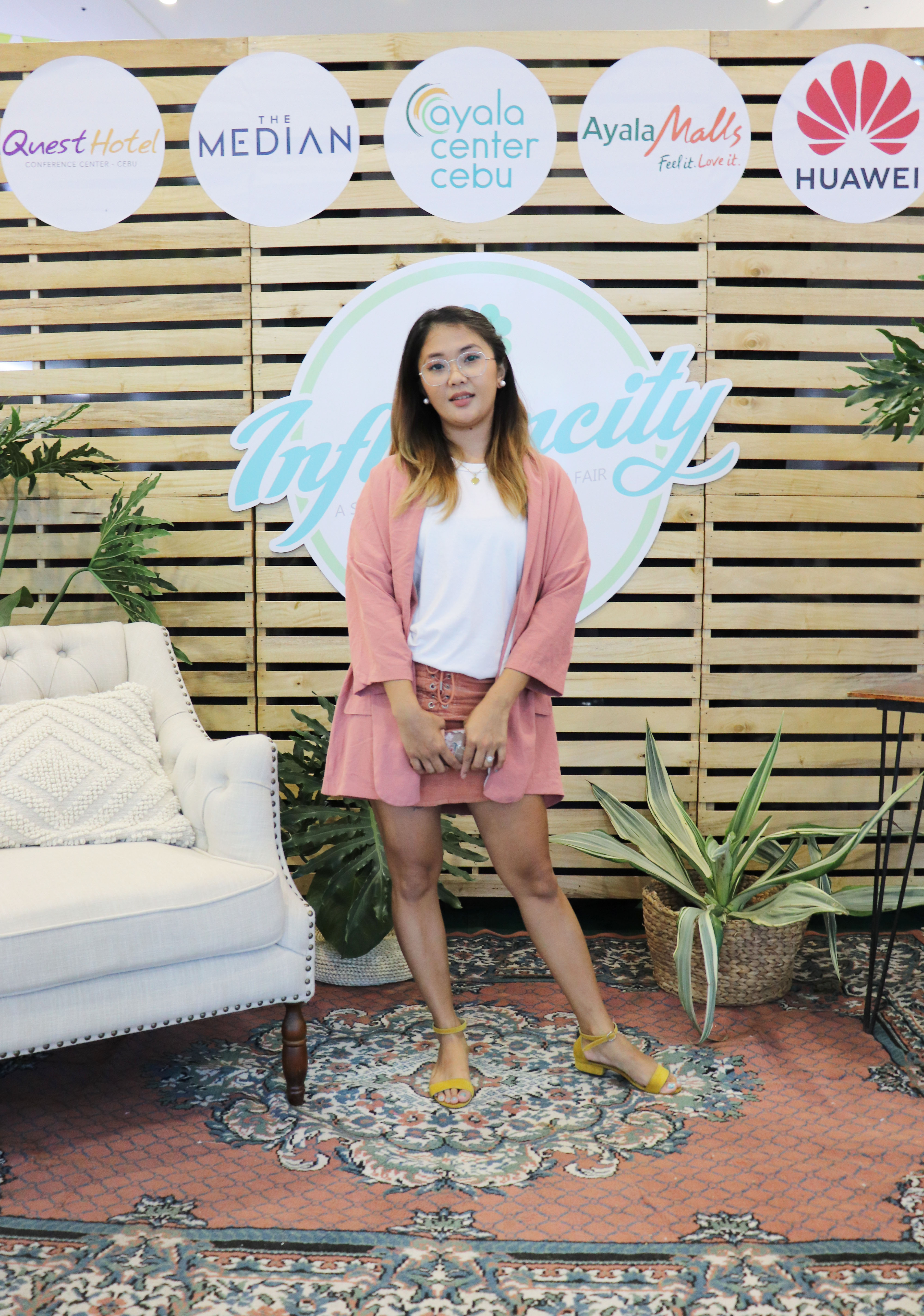 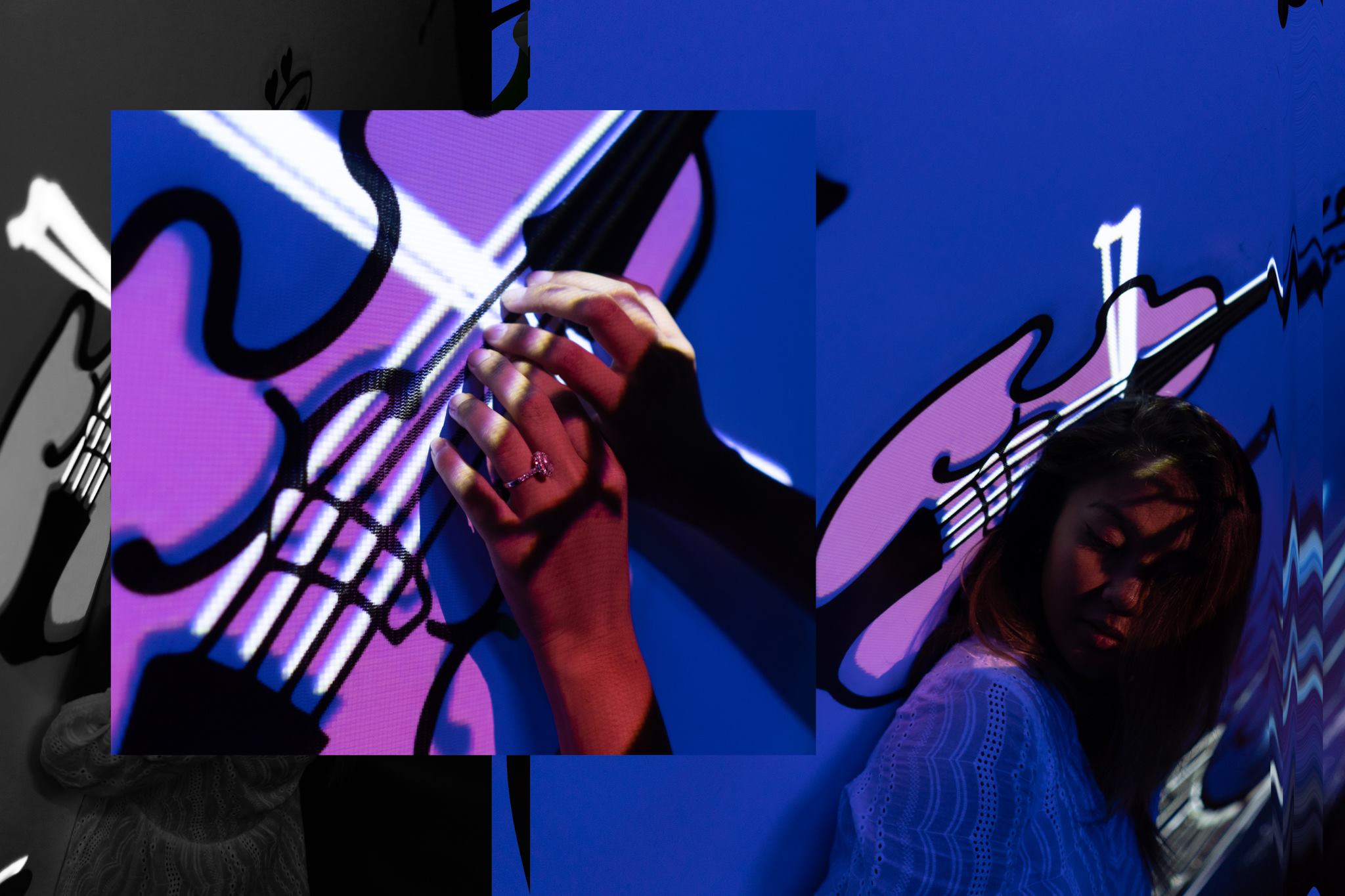 I was quite taken a back a couple weeks ago when I met a good old friend over coffee and the first thing they said to me was, “where have you been? I haven’t seen you online in such a long time!”

I was shocked to hear this question because as far as I know, I’ve practically been doing everything- running a fully functioning business, going to events, posting online, the occasional blog/ vlog here and there, doing interviews, preparing for a wedding and everything else in between. Perhaps I’ve sacrificed the podcast and I haven’t been so consistent with my content online but I can assure you, I’ve been around.

This statement stuck with me for a while because it made me feel a bit inadequate and like I haven’t been doing enough but I told myself a long ago that I would never let myself feel like I am not enough so I quickly let these thoughts pass. I eventually came to the conclusion that: if you don’t actually look into a person’s life, you will never really know what is happening and that you can be doing so much online (post photos, blogs/ vlogs, etc.) and people still wouldn’t really know what you’re doing or who you really are.

I then thought about it from another angle and tried to admit that I haven’t been working as hard as I was last year to put out content- I asked myself how I felt about it and honestly, I don’t feel half as bad. In fact, I feel a lot better about myself.

I say this a lot  but I can never seem to sum up this statement but for the sake of thing blog, let’s give it a try:

I feel like the universe keeps giving me everything I ask from it- I asked for my days to be filled to the brim and It made it so that I suddenly found myself asking for more time. When I asked for it to stop, the universe heard me and gave me so much time, I found myself waiting for days to end. So I learned how to ask for everything in moderation: enough time to be busy but enough time to come home to my family and still hear the sound of my own thoughts, enough money to sustain me and the right friends who will never desert me.

It’s been a different year for me so far but honestly, I’m a lot happier and contented with where I am & who I’ve surrounded myself with. Sure, I could have more but then again, I also deserve less so I’m not going to complain but also, I won’t settle.

I know this isn’t the word vomit you came here for but then again, who reads these blogs anyways?

But if you were ever wondering, I’m still here.

I shot these photos with Noel Fernandez, a professional photographer from hometown Cebu, whose specialty is debut, event & commercial shoots.

We decided to do this set because 1. we had an hour & thirty minutes to spare, 2. we were bored with our day jobs and 3. we’ve never been to Robinson’s PlayLab. Personally, I think PlayLab should’ve rode on the success of this shot which garnered 93 shares on Facebook after boosting for P200.00. That, my friends, is what I like to call a missed opportunity.

Til the next shoot,
Issa P. 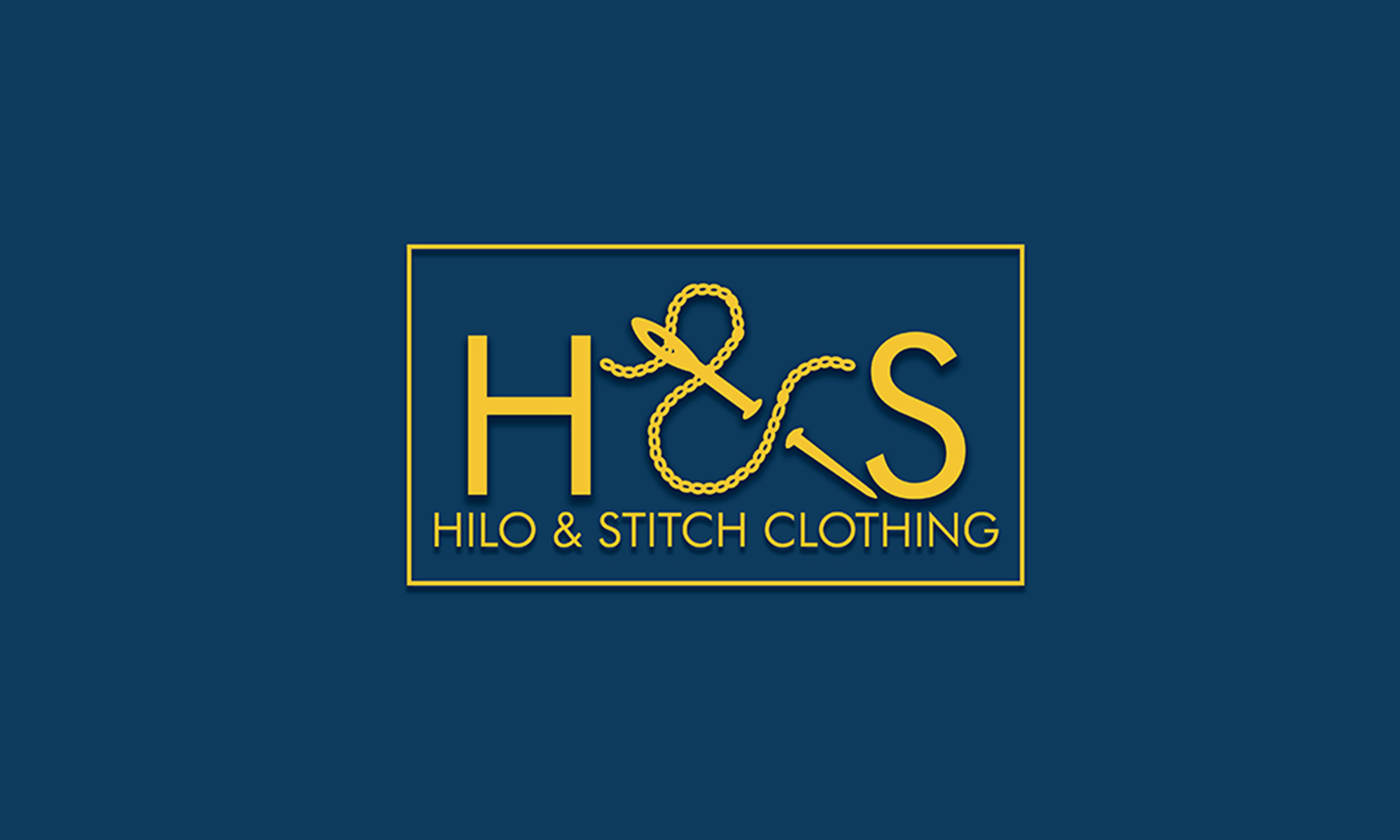 For questions/ inquiries, feel free to get through to me via the following channels:
+639177610716
hscebu@gmail.com 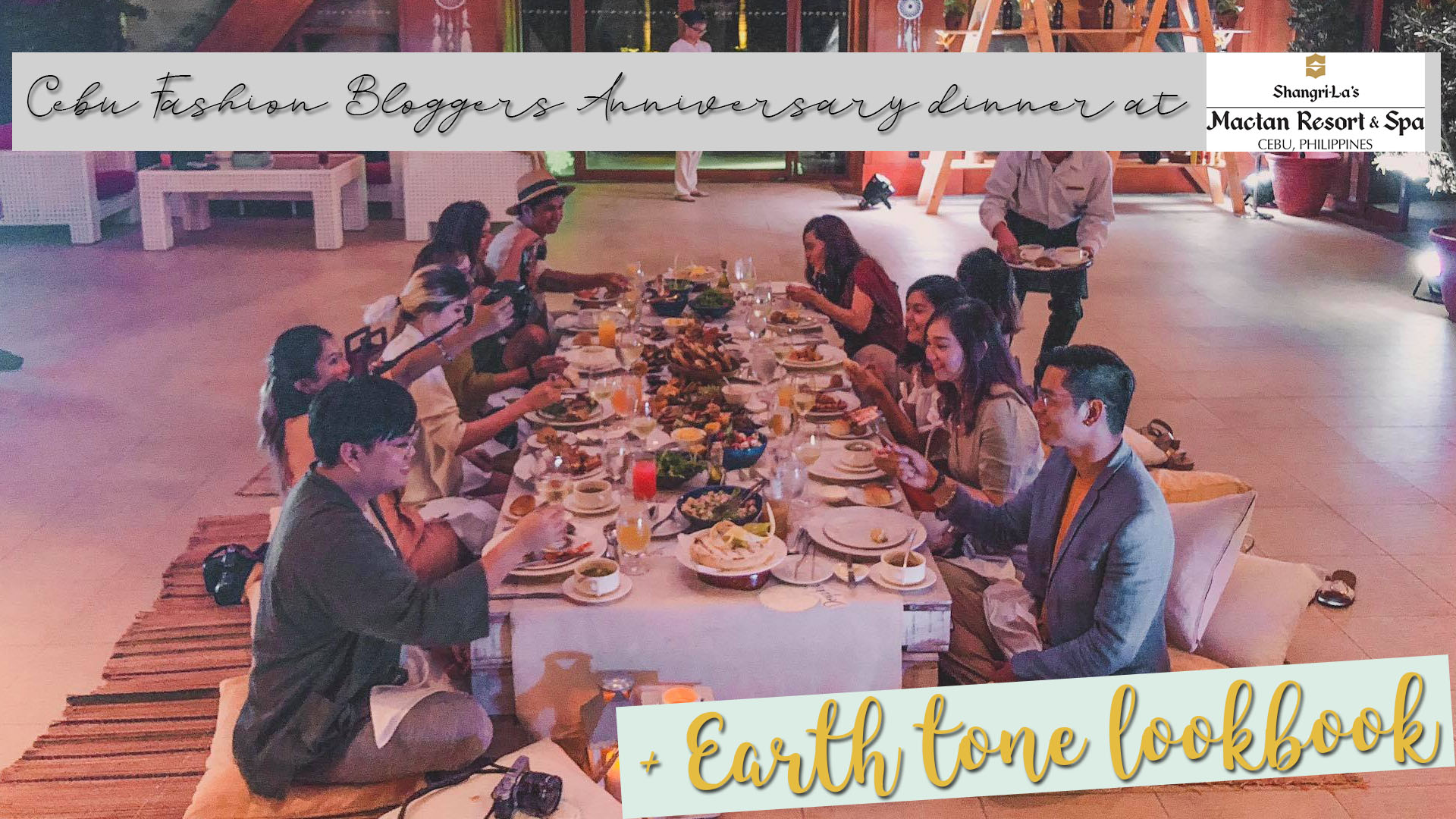 Happy anniversary to the Cebu Fashion Bloggers whose love for fashion, food, travel, lifestyle and everything else in between; has filled the internet over the past 9 years!

Thank you so much to Shangri-La’s Mactan Resort and Spa for creating and providing us with the wonderful backdrop of our event, for filling our stomachs with sumptous food and our souls with the happiest of memories.

As GM René D. Egle mentioned during his welcome speech, “it is only so often that groups last THIS long- so celebrate!” And we sure did!

You may reach out to Cebu Fashion Bloggers for sponsorships, collaborations, partnerships, features and inquiries! 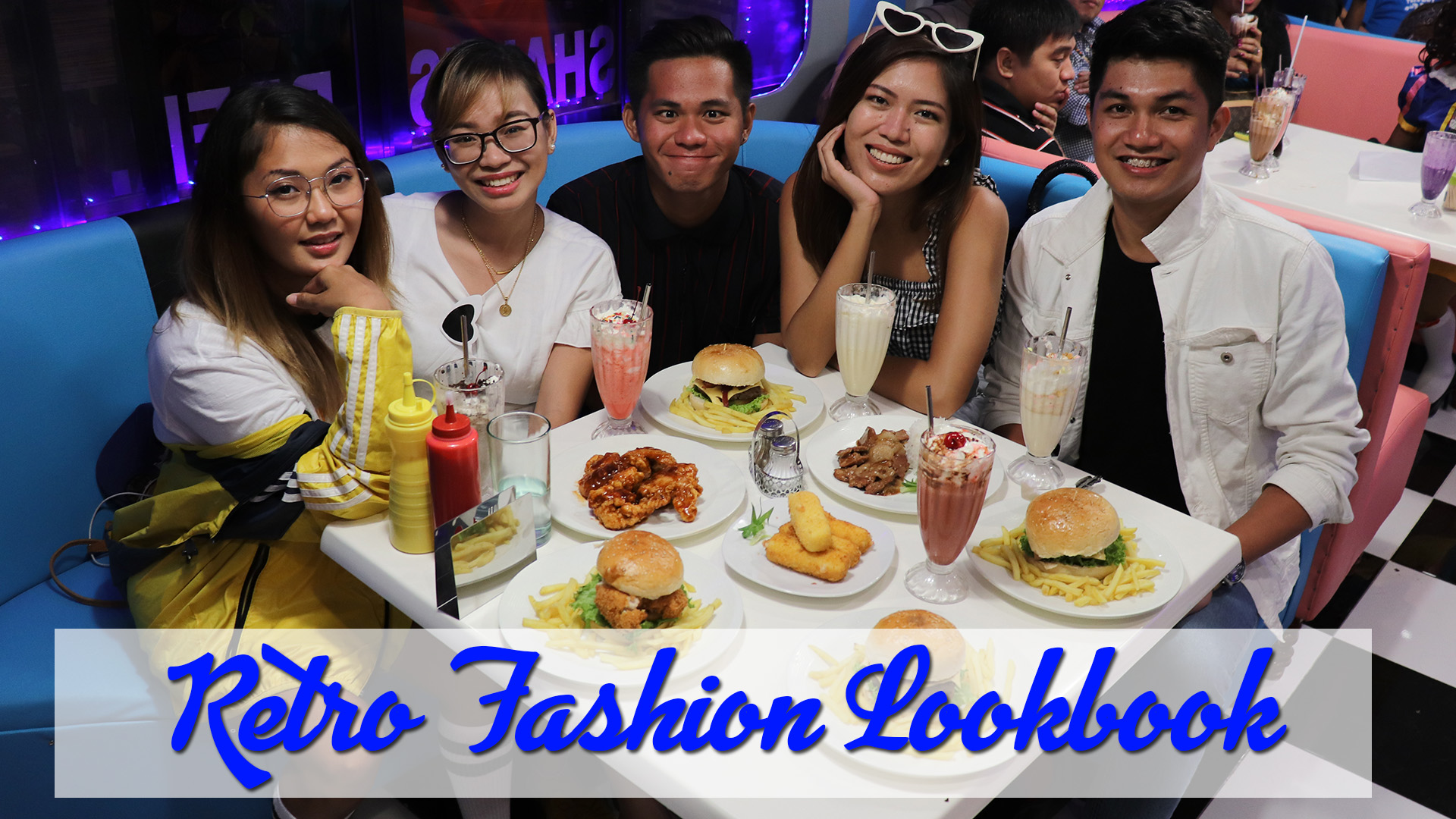 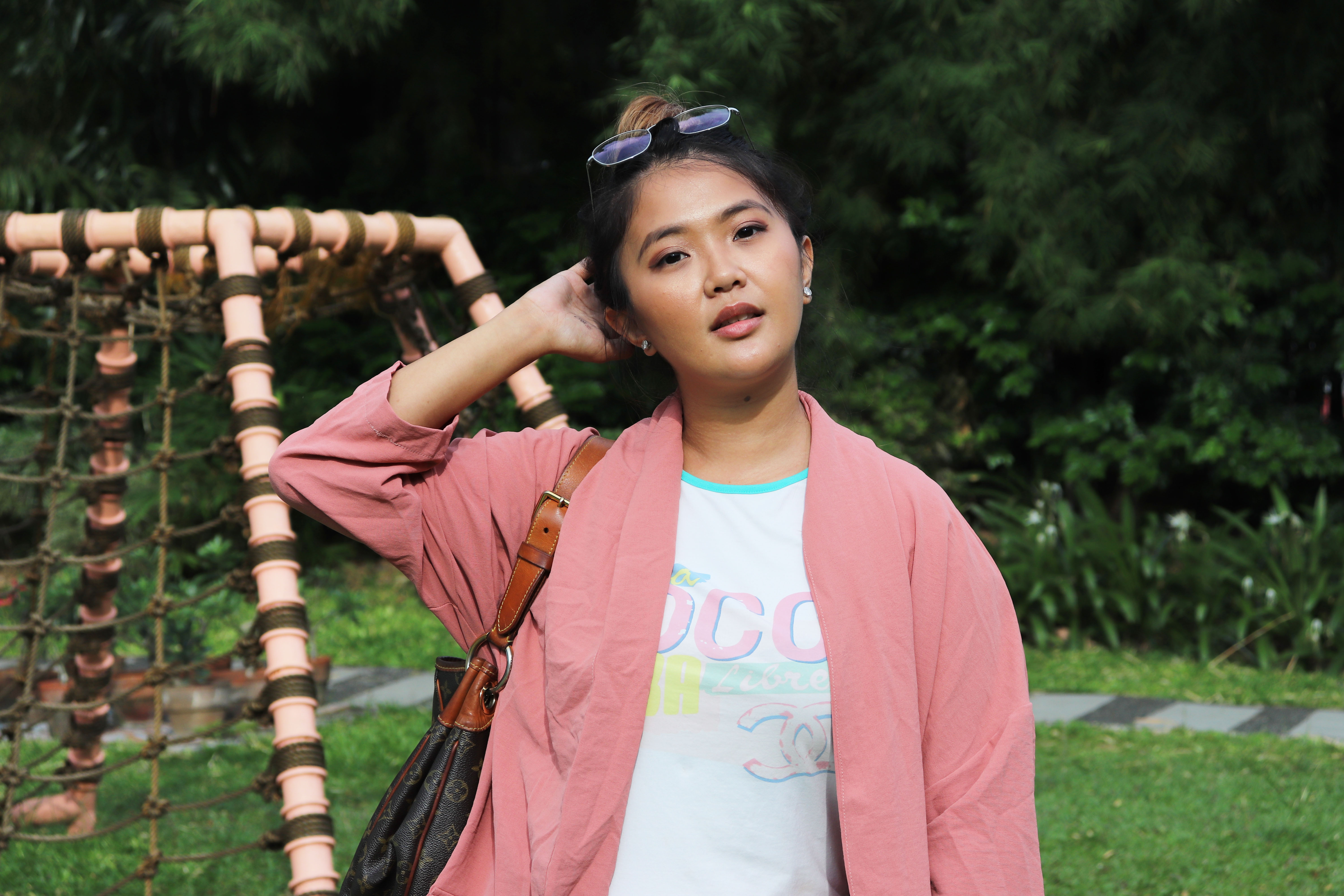 My lack of experience in the world of thrift shopping is definitely not from the snobriety of it all, but simply and honestly from the lack of experience and confidence. Prior to the last 2 trips that I’ve gone on recently, I had never really enjoyed thrift shopping probably because my style at the time was different, the conditions were unsuitable or most likely because I was ignorant and stupid.

It was only a couple of months ago that I decided to give thrift shopping another try because I had seen my baby cousins treasure of vintage finds. I found lace in her closet that cost her P50.00 or even less and I was on a mission to hoard as many coats & blazers as I could find.

And now here we are. I’m thrift obsessed and Paolo has given me a cap on shopping. I have no more closet space because I’ve taken up 4 closets in our house. I’m ded.

Ironically, when you look at these photos, it’s the 1 article of clothing that isn’t thrifted that actually looks like it’s been handed down for years which I think really says something. I got my blazer for about P 120.00 and my ribbed tshirt for P 100.00 while I got my shorts for P 299.00 (brand new. ugh).

What really caught my attention was my Coco Libre Chanel shirt which I think is a dupe but if it were an original would cost $900.00. I still think my version is a dupe because of the variation in the neckline and sleeve hem colors and the faintness of the print. But dupe or not, I love the fit of this shirt and the cloth is unlike anything that I’ve worked with to date. 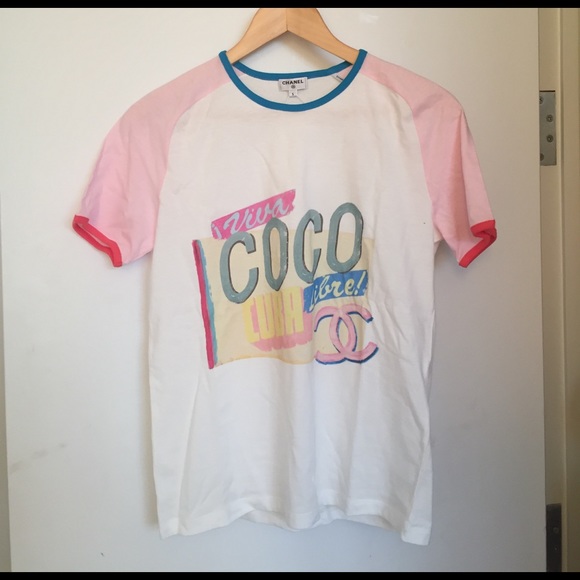 I know this outfit isn’t screaming amazing or barely worthy of an entire blog post but it was a casual day of errands and spending time with the family and I’m really loving this coord look so whatever.

Also, I left the house which is a feat AND I had someone take my photos after the very long resistance. I’m slowly getting back into guys, I just need tiiime. lol.

What do you think of my thrifted look? 🙂 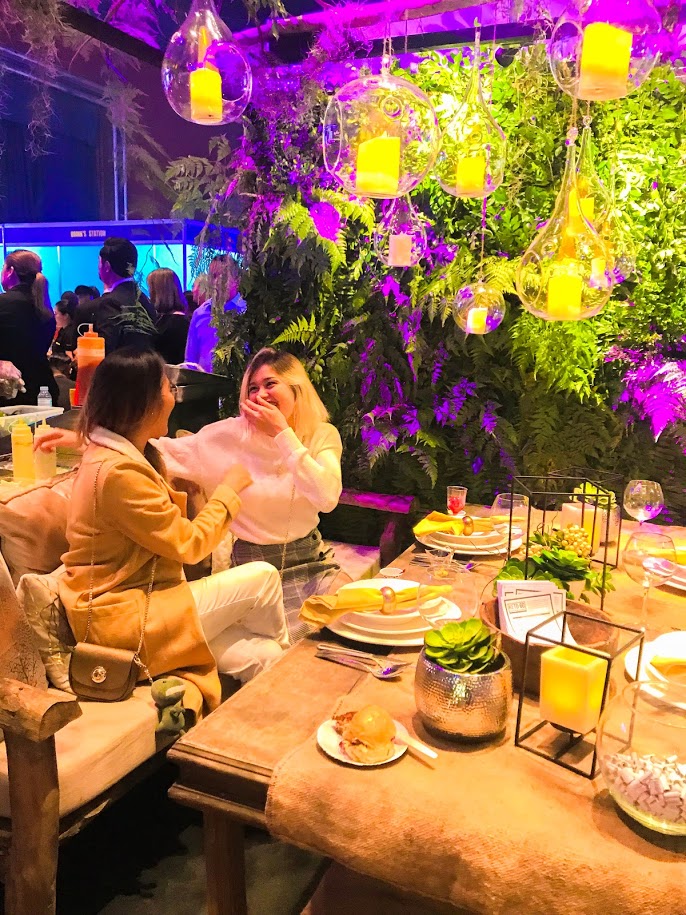 Last Friday I attended my first ever Sun Star Best of Cebu party. After being unable to attend in the past years, I decided that I needed a Friday off (while I still could) and dressing up to go to a party was the best way for me to blow off some work related steam. It was raining hard that night so I figured that a nice thick overcoat would do the trick, it was so chic, I had only worn it once, I was dying to take it out again and tonight felt like the night.

Have I drawn your attention away from that stupid gold choker necklace I’m wearing? God, I hope so.

Honestly, I hate myself for not taking something off before leaving home. I always said I would. Ugh, I hate myself so much. More so that I let myself be photographed in it before finally deciding to take it off before heading to play BINGO with my grandmother. I’m so stupid sometimes.