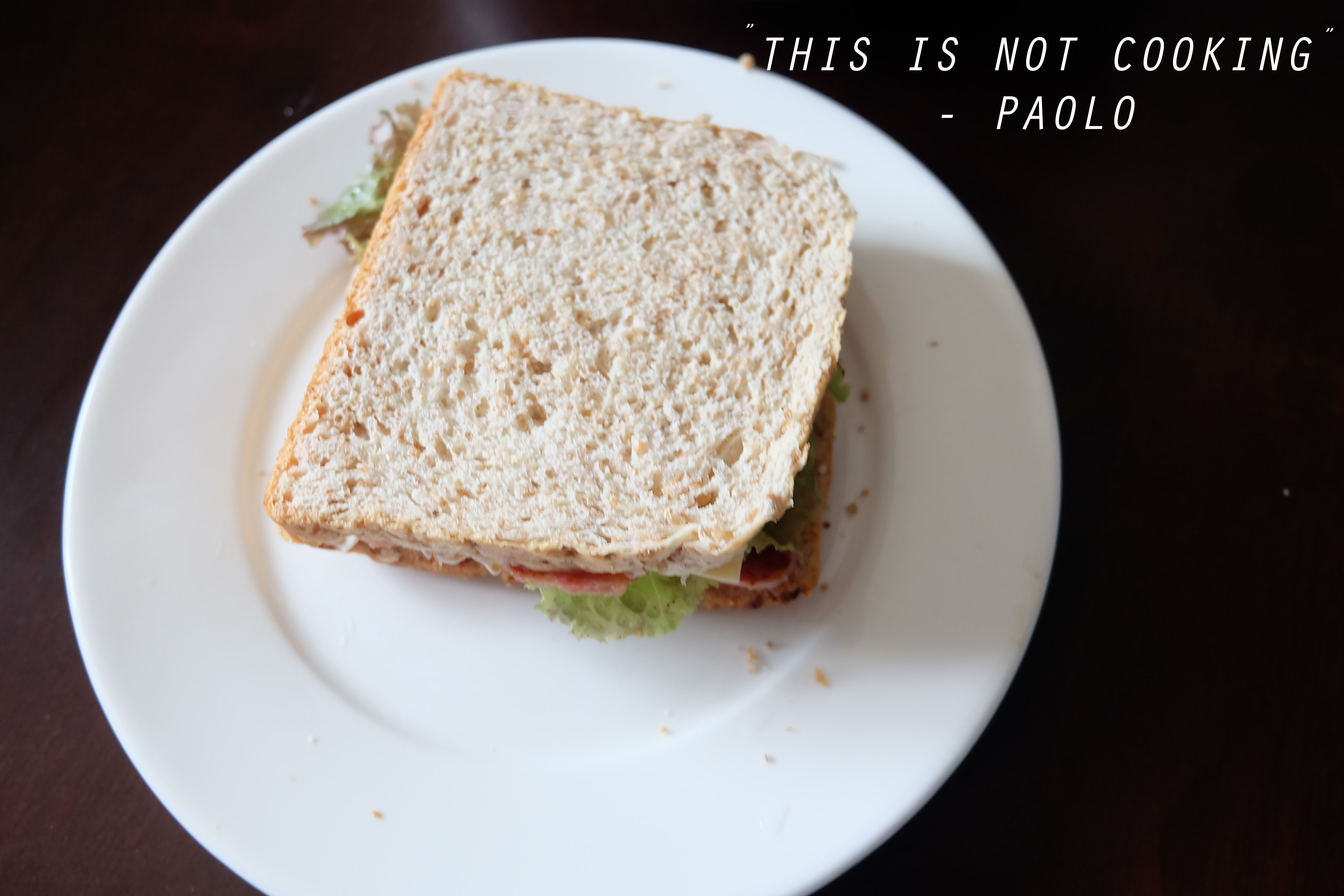 Spoiled and bratty. Those are the two things people who really know me will actually tell you if you asked them to describe me. Of course, those aren’t my only identifiers but considering I did not grow up with a silver spoon, it’s a pretty entitled thing to be- for anyone, actually.

Prior to moving out and living on my own, I had only occasionally cleaned at school (where I would even try escape), I had never really learned how to cook, I had never washed clothes (except for my ?) and yaya was my favorite word.

Justinne of BabeForFood tried to help me on a couple of occasions with an agreement that I would share my little knowledge of fashion if she taught me how to cook- we decided to turn it into a Youtube series which was short lived due to our busy schedules. You can watch the videos and be the judge….

The first two times I moved out, I moved to my grandparents’ house and paid rent but even then, I was never required to clean my room, cook or do my own laundry. I was out most of the time anyways so I never had to cook! On one occasion, I tried to sweep the floor at my office due to a confetti related incident and bruised my rib- sweeping in 3 inch heels probably wasn’t the best idea but hey. lol.

When I FINALLY moved out to live with my big, bad self, I eventually learned how to clean my space but I would call my yaya nonstop asking her for help with the dumbest things which she would blatantly reply to me with a, “HAAAAY, ISSA! UNSAON NALANG NIMO UG MA MINYO KA? WA JUD KAY NAHIBAWAN!” which I would reply to with a, “kuyog man ka nako forever.” It’s been about 2 years since but honestly, sometimes I still call her but this time just to say hi and that I miss her. 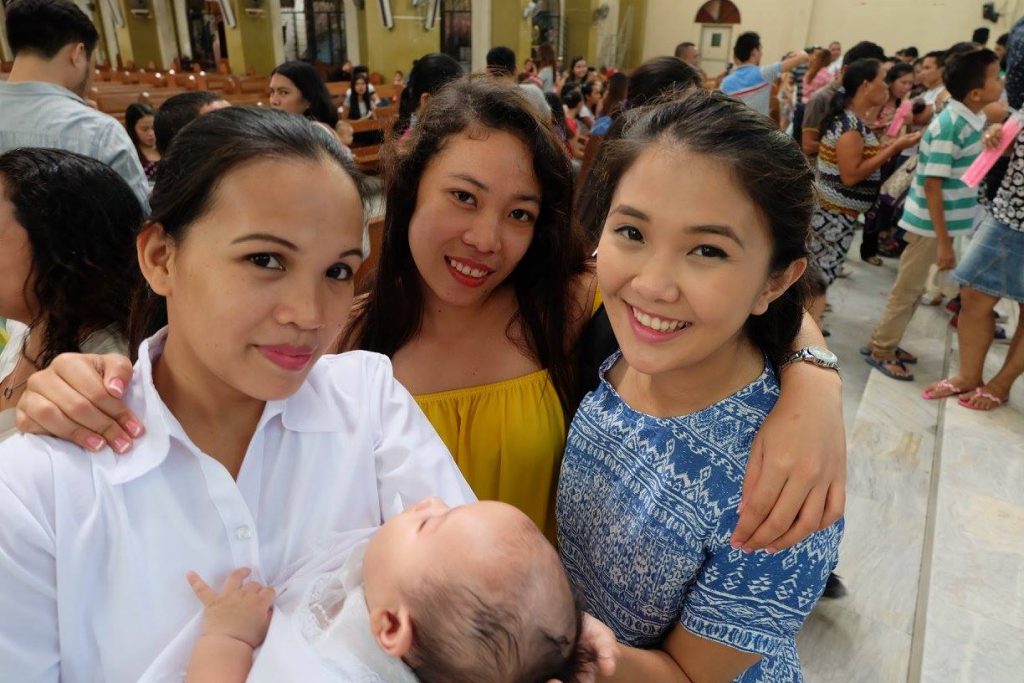 Yaya Chris with “other” child ? (and our other helper, Baby, who also had a baby. lol)

Earlier this year, P & I decided to get our own place which is when it dawned on me that I had to learn how cook… and fast! He has always been the chef between the two of us, having been able to take culinary classes at a local school here in Cebu, and while he was so great at cooking, little Issa was even too scared to touch raw meat. I didn’t want to learn how to cook just for P, let’s get one thing clear. But let’s be real, at 26 years old, it was about time- hell, it was overdue! We don’t live in the early 90’s anymore where help can easily be found- we can’t afford a kusinera or a helper and more than that, I also don’t feel like starving.

Coincidentally, it was also around this time that I had been invited to more and more food events and some of them would have activities where they would teach us how to make certain dishes. This sparked my interest in food and though I could only make the dishes that were taught to me, I would proudly bring these new found semi-skills home and show them off to P.

Slowly, I had developed an interest in food and in eating healthier which encouraged me even more to learn how to start cooking or “assembling” food. I would spend hours on Pinterest, as I still do, pinning recipes for inspiration. Here’s my board!

I started out with breakfast bowls because I had the intentions of eating healthier and well, for the obvious reasons that it’s freakin’ easy to make. Here are a few of my creations: 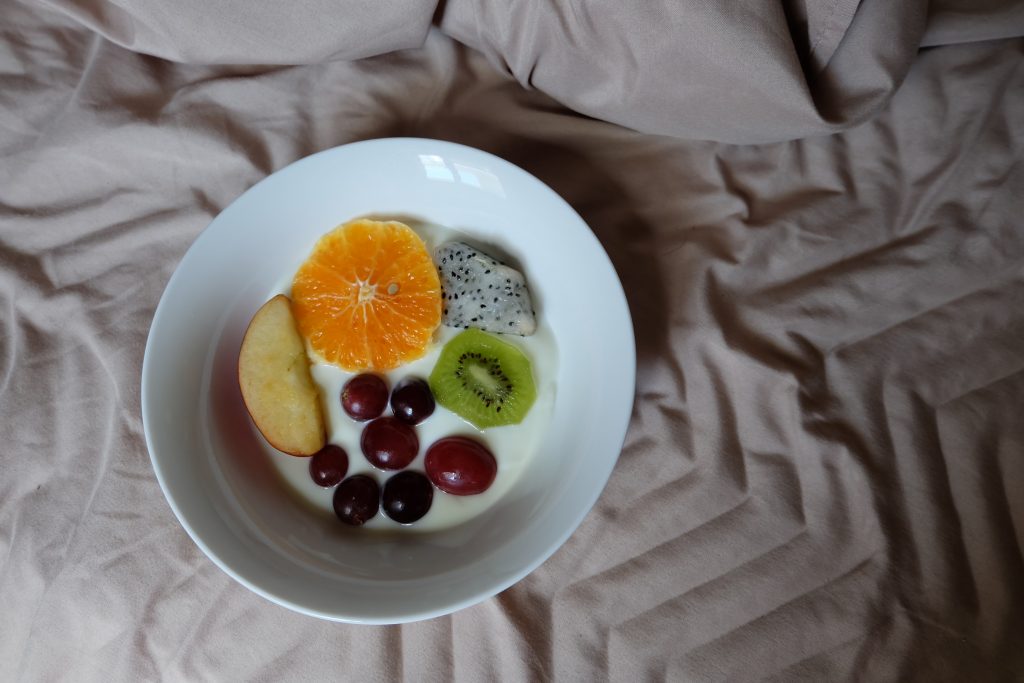 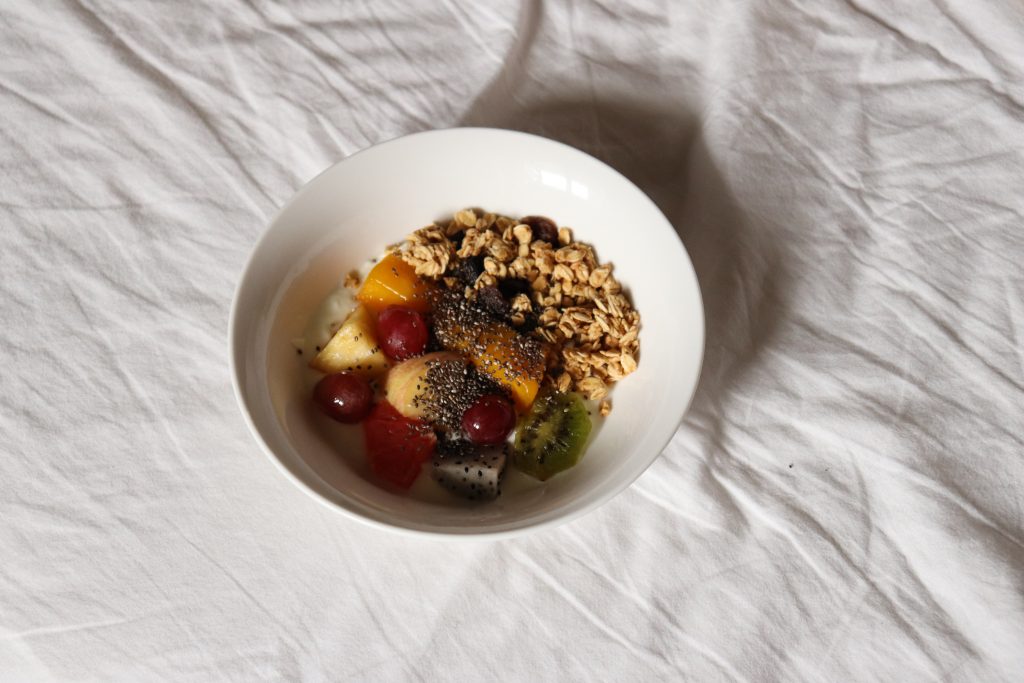 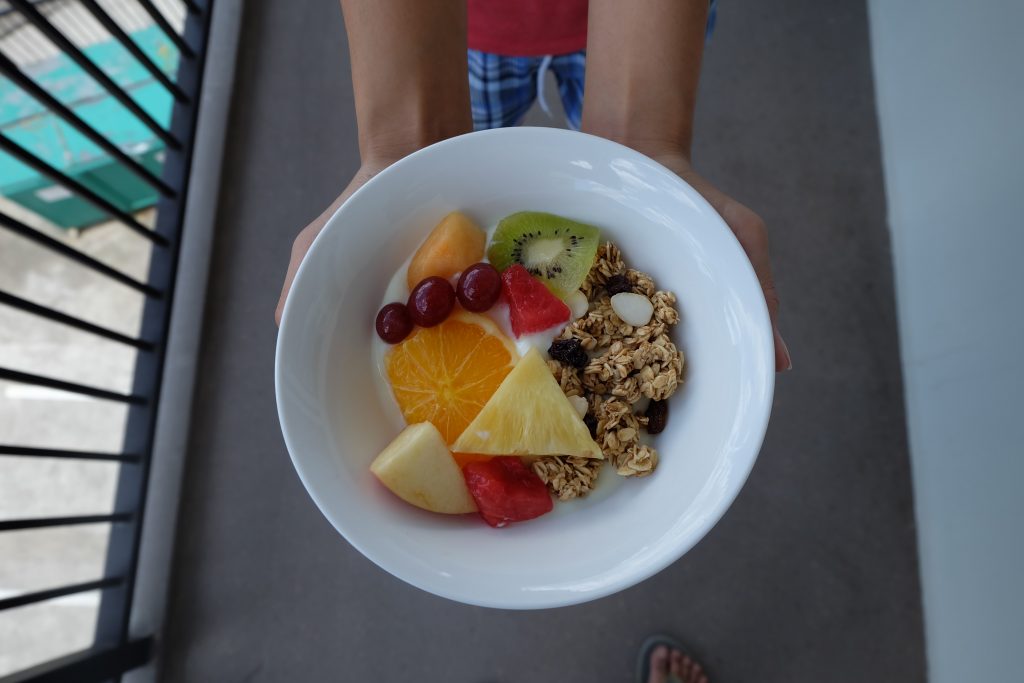 Bfast bowls turned into salads and sandwiches which is honestly the same thing except now you have to cook ham or your meat of choice: 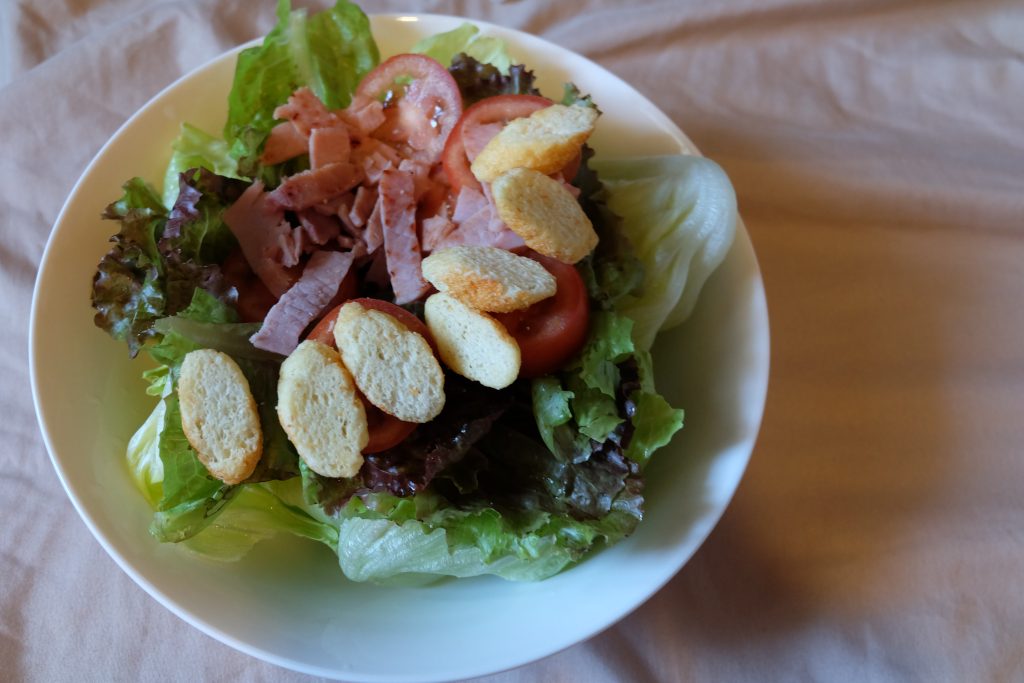 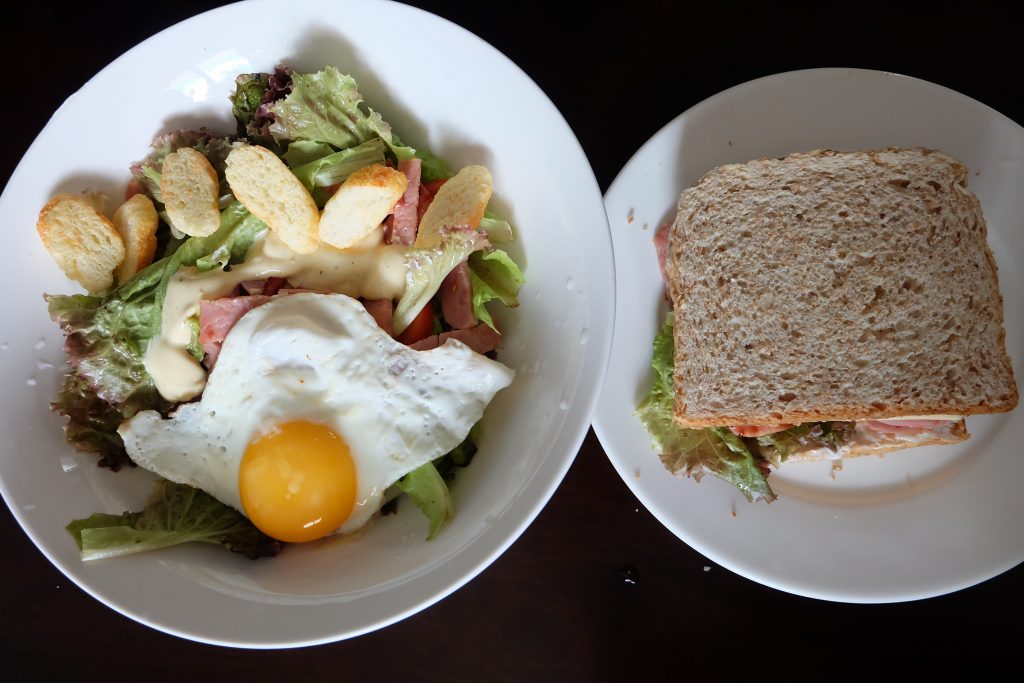 And since I learned how to cook rice (after a couple weeks of either cooking it too dry or too wet. You literally just add water and yet I still had such a HARD TIME getting it right), I decided to make a deconstructed onigiri bowl after learning how to make an actual onigiri at a previous event: 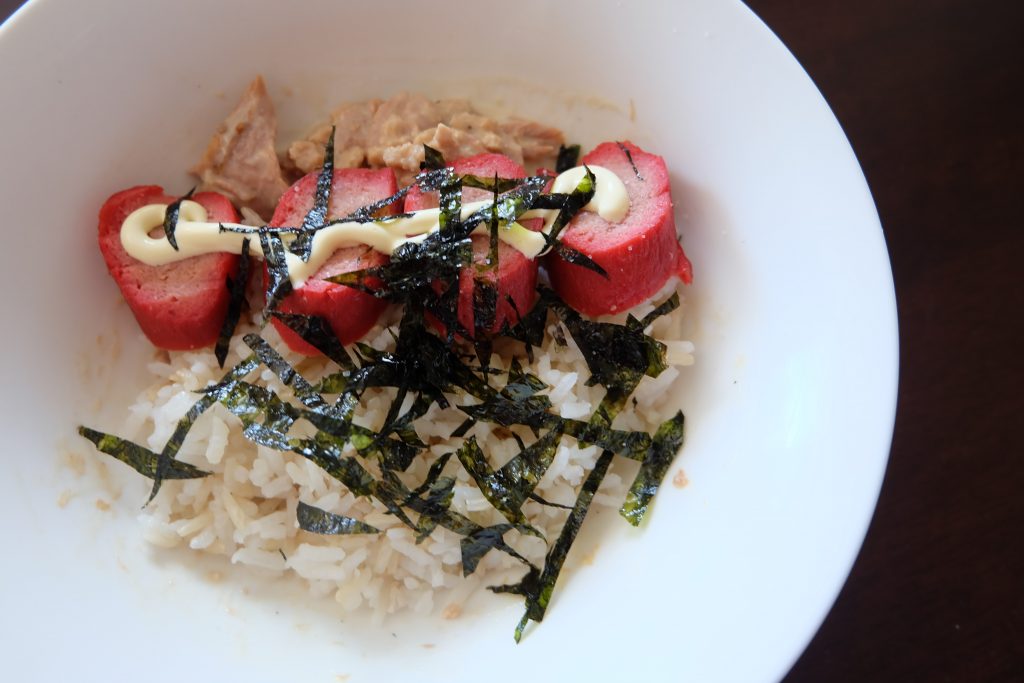 I was getting homefood sick and I missed Pinoy dishes like humba, sayote with that brown sauce and soo much more! I decided, with the little skills that I had to just go ahead and try it out. I had to learn how to slice, defrost, steam and everything else by watching Youtube videos because that’s how ignorant I was and let me tell you, Youtube has EVERYTHING!

I also sought help from Chef Lau & Chef Jac who encouraged me to make humba and even taught me how to do it- I searched for a recipe online to guide me and here was the final result: 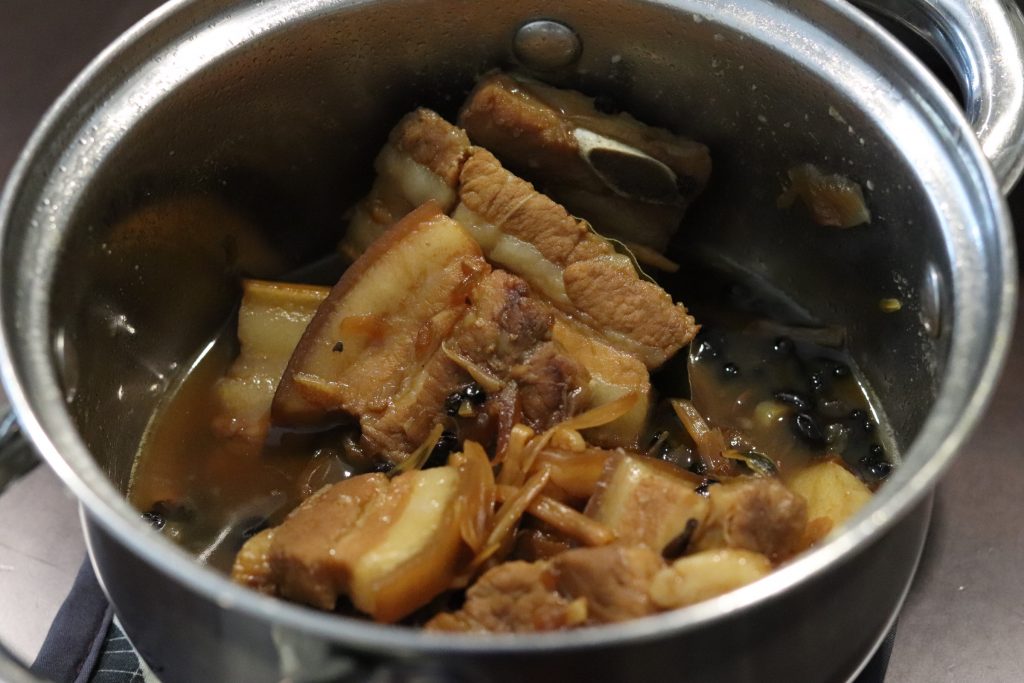 I also made a breakfast burrito wherein I even made the tortilla from scratch! 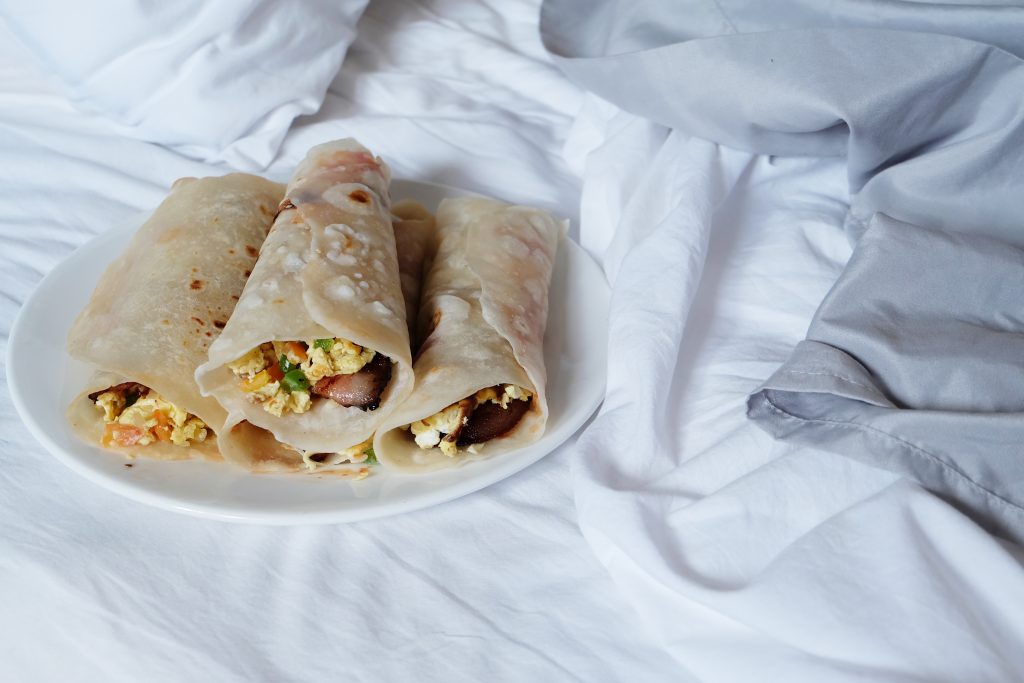 My biggest achievement though was learning how to make monggos because I really, REALLY love monggos. I started out with this pork belly with mong seeds dish (according to my uncle), which was really the opposite of what I wanted to achieve: 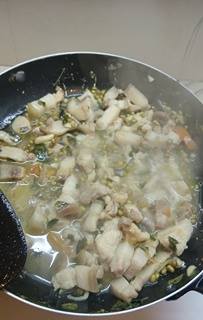 And now, I can literally make this dish with my eyes closed! 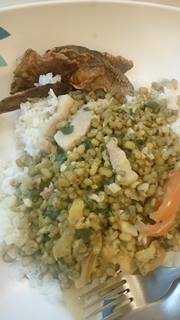 Since I’ve made an effort to learn how to cook, I’ve made a pretty good improvement and my friends, family and P can stand to eat my cooking without pretending to like it anymore! haha.

I’d love to share my recipes and experience with you on this blog because if I can do it, ANYONE can do it! And hopefully, there’s a little girl out there in the big bad world, hungry to their gut, wishing they could cook reading this and is thinking, “if Issa can do it, so can I!”