I first heard about Black Iron from a friend and the second time after walking out from a nearby restaurant. Although I’ve never really heard any reviews about the place (except for when my friend mentioned it) nor was it packed with people on the night we passed by, I was still curious to check it out mostly because they served steaks and burgers. But mostly for the steaks.

I usually get to enjoy steaks when the men in my life make them for me (my papa  & Paolo) but since my papa has been away for a while, Paolo has been busy with life and the Casa Verde steaks just don’t entice me like they used to anymore- I dragged my mom down to Black Iron. 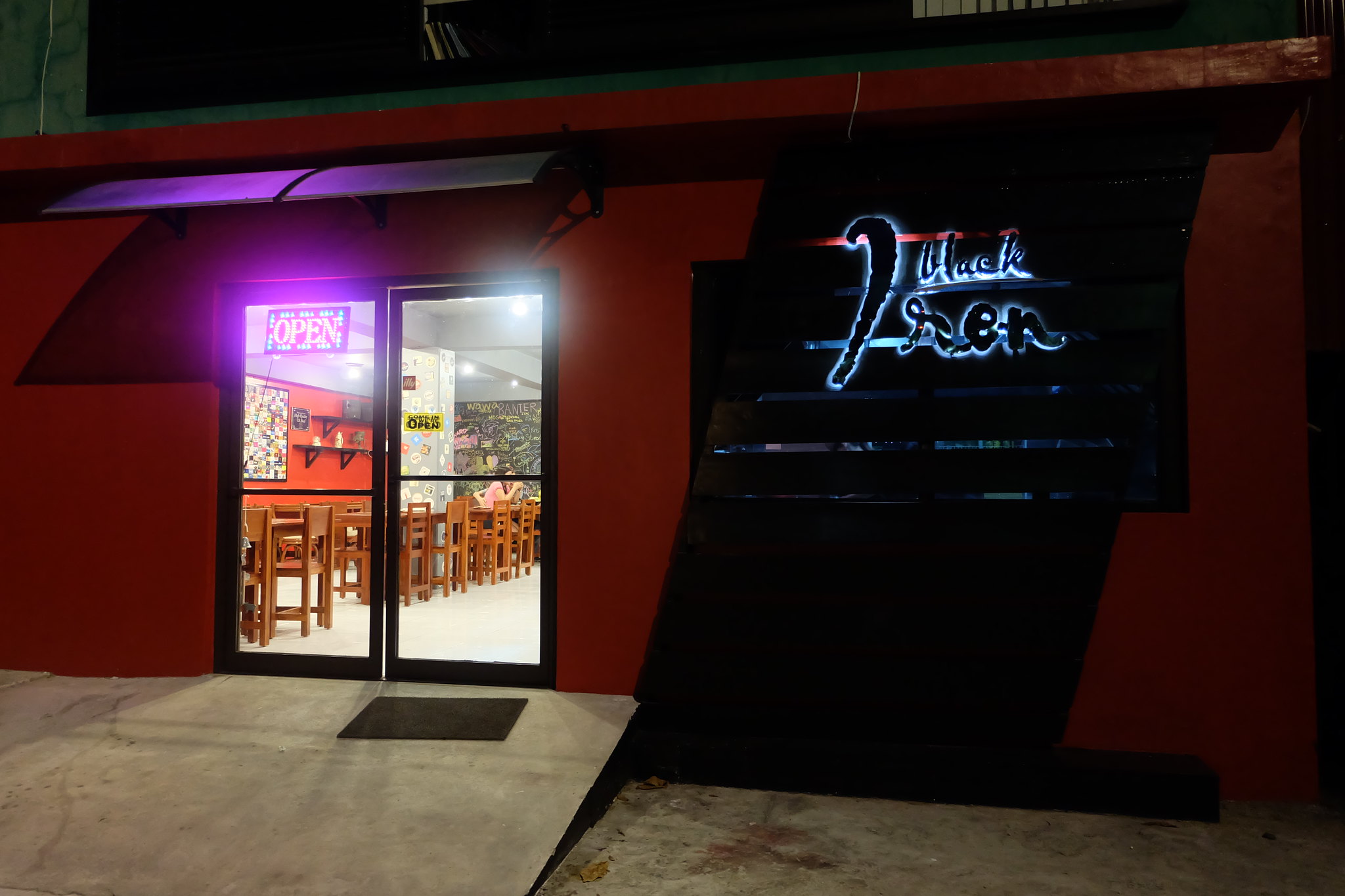 Black Iron is located at the Ginza Compound in Banilad where their brightly colored walls that are heavily adorned with different brand memorabilia and a chalkboard painted wall made me want to grab a beer and talk sports with my own mother.

The establishment was roomy, the atmosphere was light and I was particularly in love with their staff who happily accommodated us throughout the entire evening. I am such a sucker for good service.

The place was clean and I also enjoyed the fact that I could see the kitchen through the glass fixtures in front of us. It was entertaining and I felt safer knowing that I could see what was going on in the kitchen. It was mostly their confidence that impressed me. 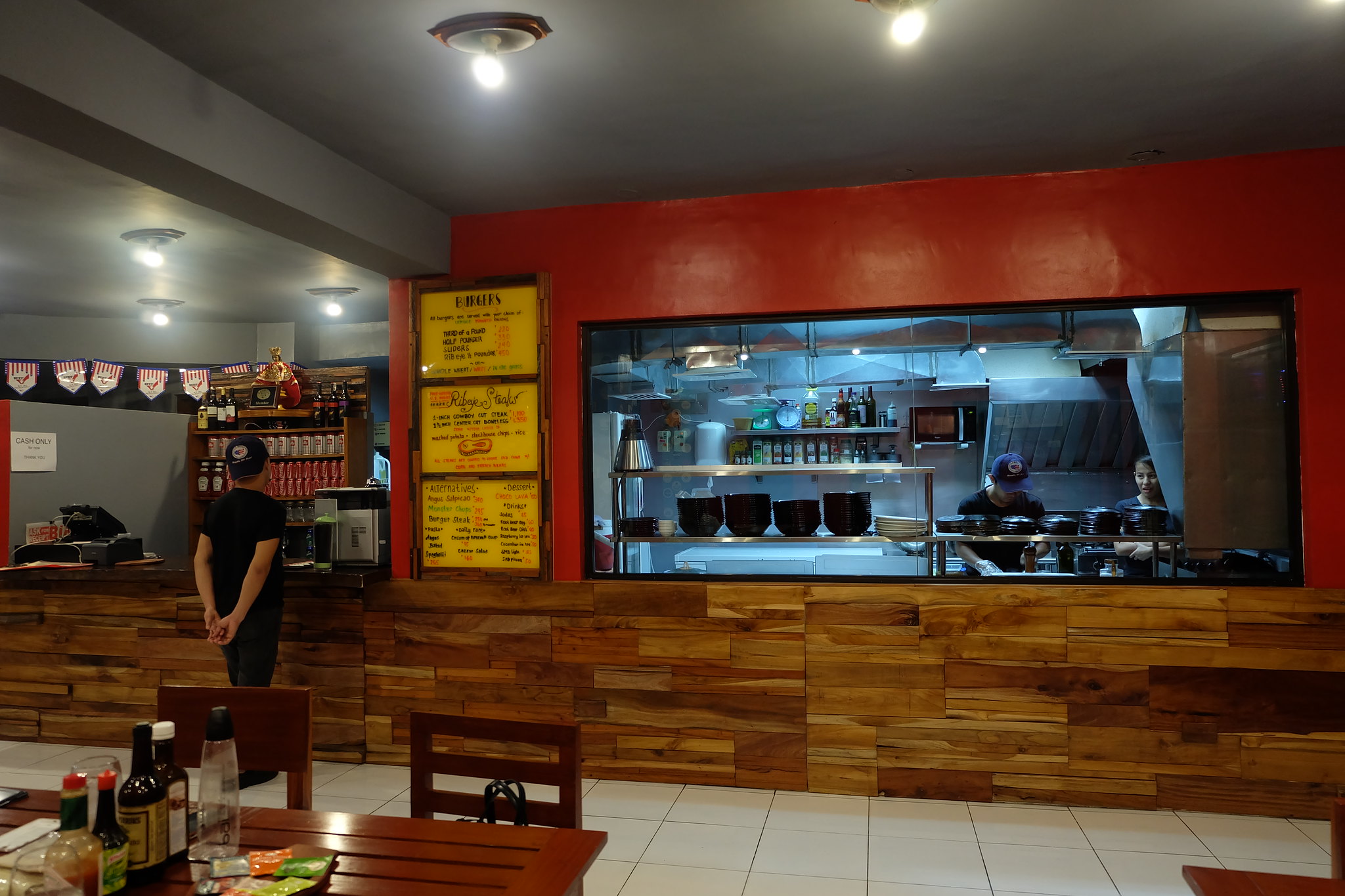 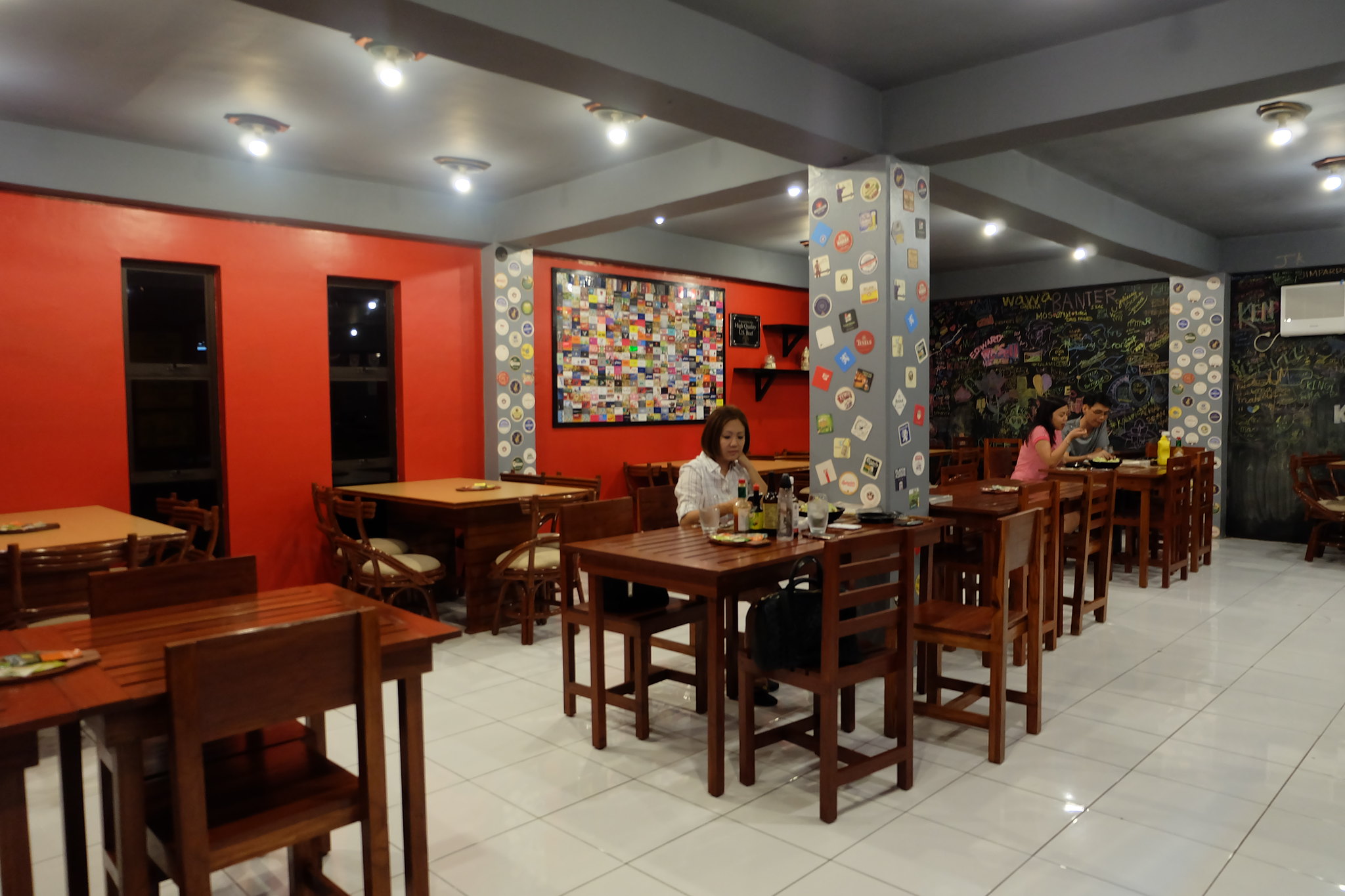 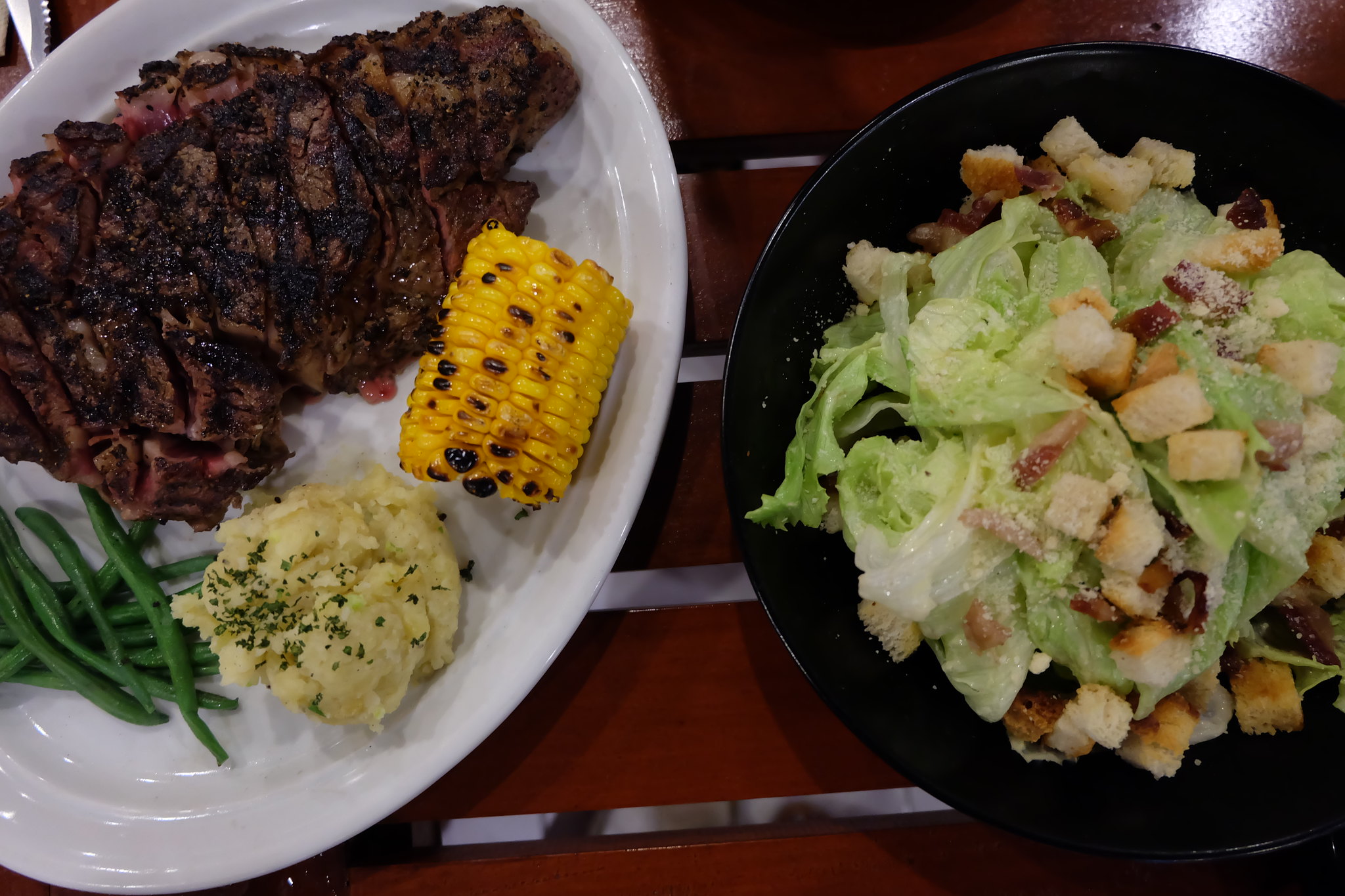 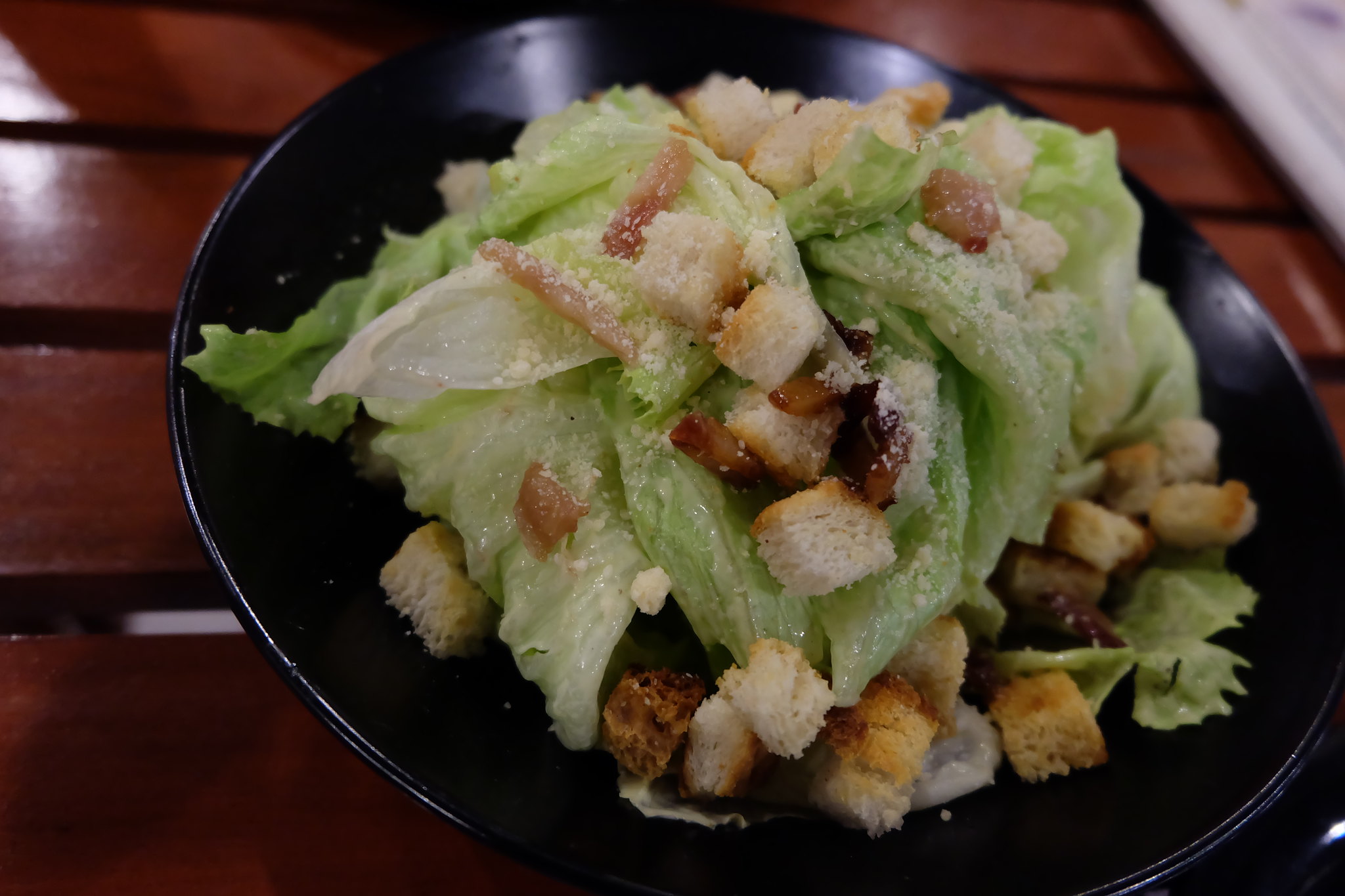 For P 160.00, I guess the salad was just ok. I usually prefer having more green options in my salad and I didn’t find the dressing too amazing either. But they were fresh and crisp, which is one thing that I like to pay particular attention to when it comes to salads. I just wish there was a little variation with the the lettuce. 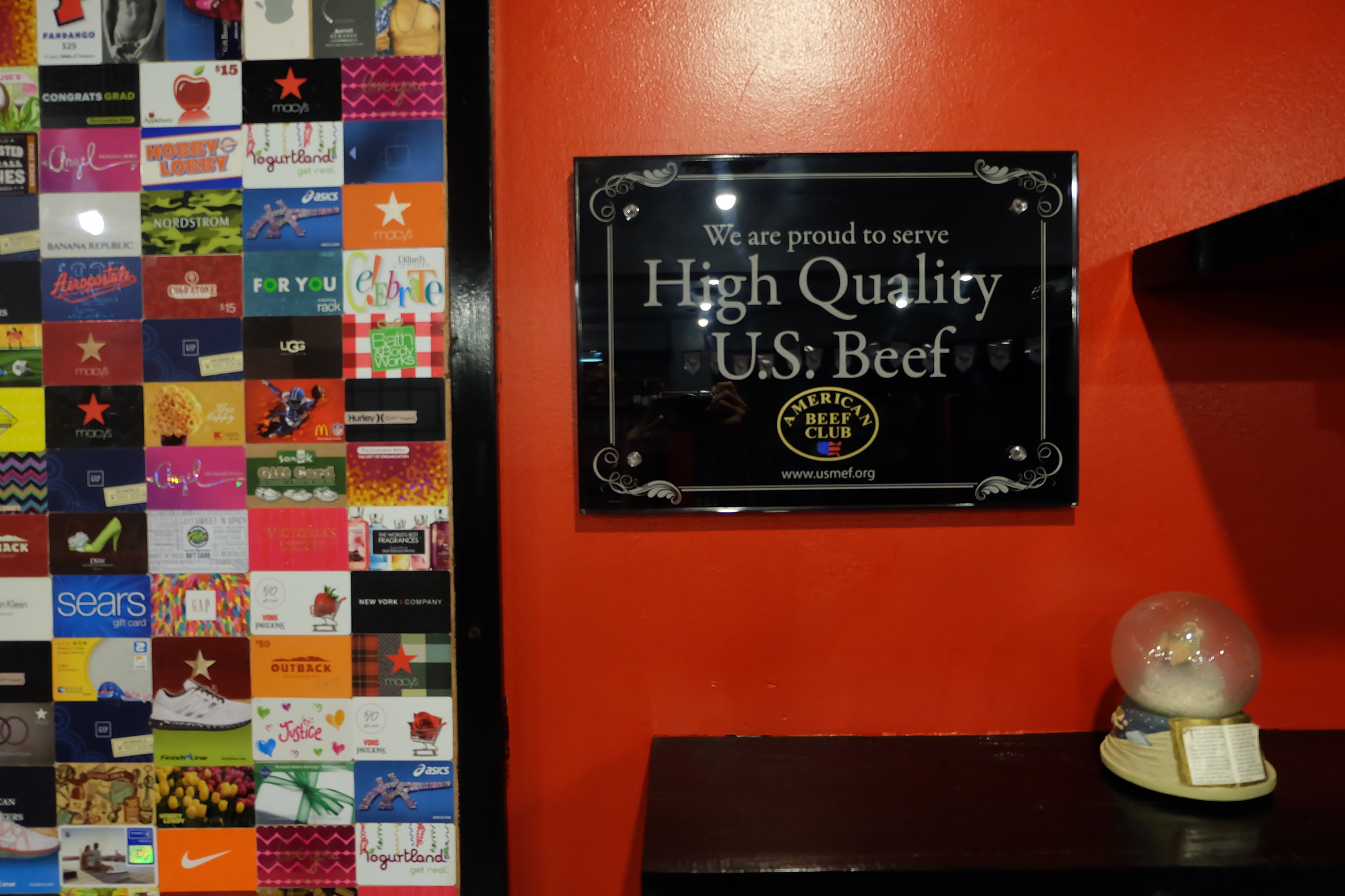 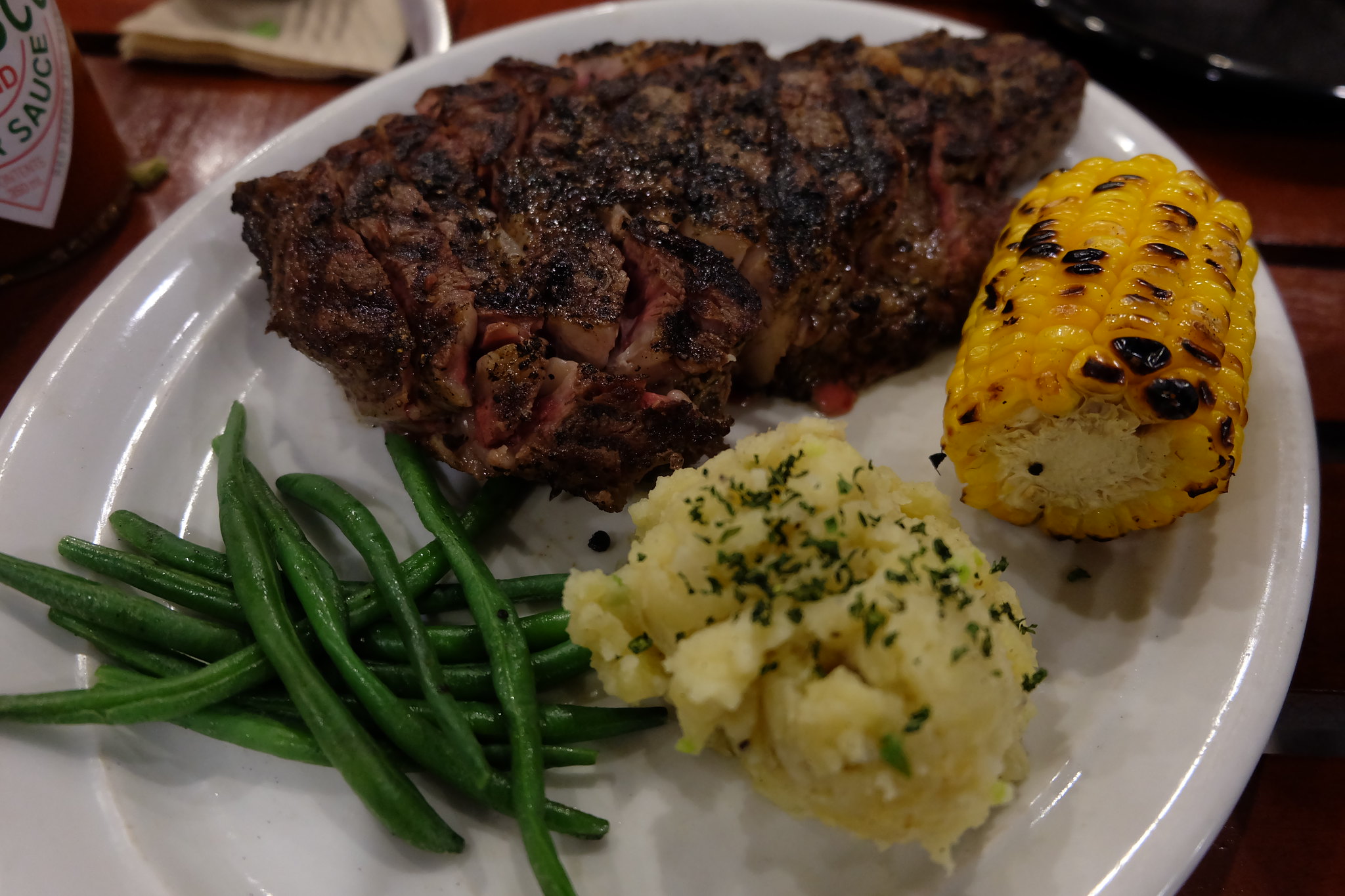 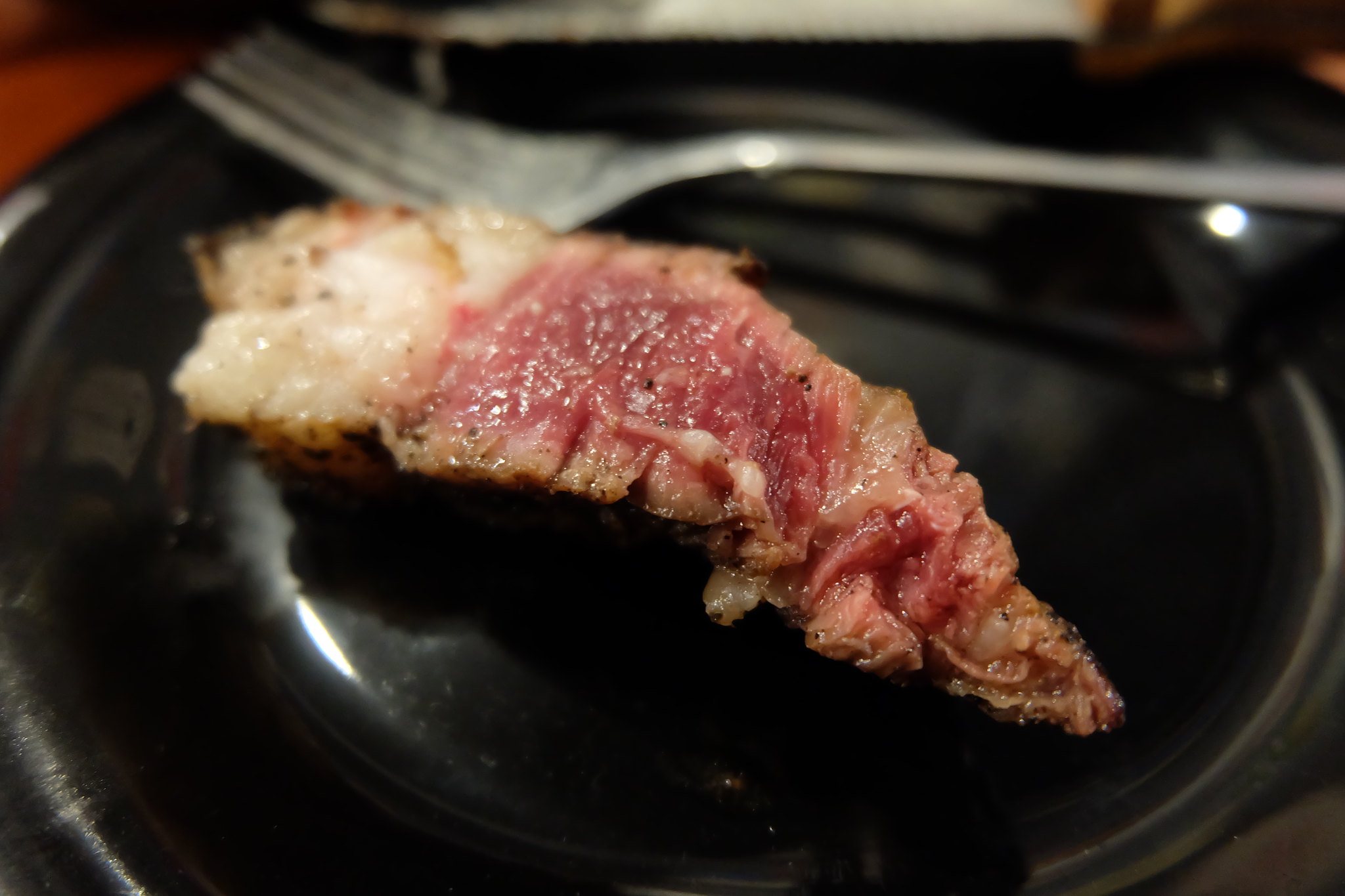 Black Iron boasts of their high quality U.S. Beef and although I don’t really know what the differences are, the steak I had that night was pretty good. It was cooked to my liking, it was juicy, it came in impressive servings and it had flavor. I say this because oftentimes I’ll have a steak and I won’t be able to taste anything at all so at P 1, 350.00, I’m relieved that it didn’t feel like I was gnawing on cardboard.

I originally ordered my steak medium rare (I know you’re going to judge me) which I really did enjoy but I eventually had to send it back to have it cooked to well done because my mother refused to eat anything that had blood on it. The staff was very nice to us and accommodated our request and in a few minutes, it was like a was eating a completely different steak.

A couple problems I had with my steak though were that it took a surprisingly longer time to cook than expected, considering that I had it in medium rare and the second time in well done. I guess I should have paid more attention to the glass window which was there for that purpose so maybe I wasn’t really that hungry. Another problem I had with the steak was that it was a bit stringy and required me to take smaller bites so I wouldn’t choke. 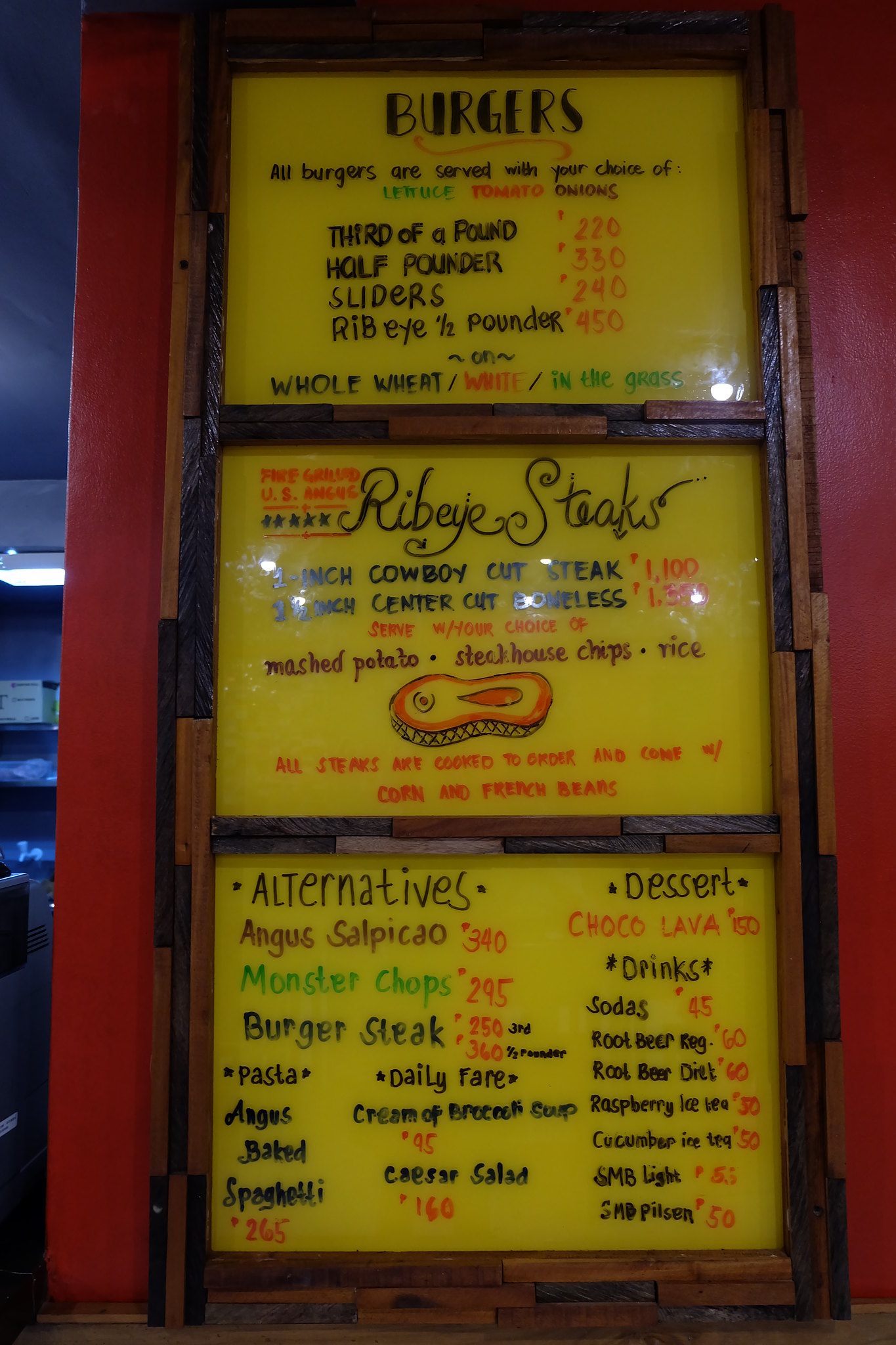 As for now, I think I’m going to take a break from a thousand peso steaks and stick to the SnR cuts that we enjoy cooking at home.  Although I did enjoy my steak, I’ll be honest and say that my mom did not. But in her defense, she had just come back from the States and she probably had her own fare share of everything that is awesome.

So I know you’re all probably wondering if I would go back again despite the mixed review and my answer is yes, I would! I probably wouldn’t order the same things though but there were still a few things on their menu that I’m very eager to try out like their burgers and Monster Chops (P295.00).

Find out more about them here.