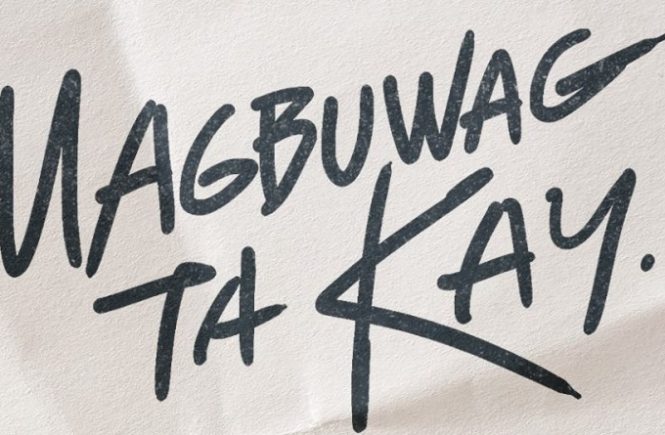 Hello dear friends, let’s do something fun and different on the blog today… let’s review a Cebuano movie! #first

I first chanced upon Rowell Ucat aka Medyo Maldito during a string of Facebook viral videos that were centered around hugot lines and very relatable relationship experiences with a bucketful of humor. In this very day and age, humor + heartbreak = a recipe for virality (that’s not a real word but let’s pretend that it is).

In a marketing and business perspective, which I tend to think about a lot in case you were wondering, making a film starring Medyo Maldito, centered around the content he makes best is bound to be a box office hit and to be honest, I’m not even mad. I’m impressed. In fact, I’m blown away and not just because of the marketability of it all but because Magbuwag Ta Kay was genuinely a really good movie.

I am a fan of Rowell. We endorsed Beauty and Beyond together at one point and I’ve met him on a couple of occasions and I am obligated to say that Rowell is not just an actor but he is also one of the best story tellers of our generation. Not only does he make content that we can laugh our asses off to after or even during a rough day but he also writes playwrights and even songs which is something I aspire to be. He’s shy when you meet him (not just on the first occasion but every.single.occasion) but he shines at his craft. But I’d like to point out that even if Rowell is an actor, he is not a seasoned one and my good friend Ahia David made a few points about it in this review. To quote him:

Medyo Maldito (Roy) is first and foremost not an actor. He is a blogger. So I must take that into account. For a blogger who got the role because of his fan base more than his acting skills, he did a good job simply being himself (which I think was a smart move on the Director’s part). Akiko Solon’s (Kay) acting was what had me nodding. She had the full range of emotions to portray in the film, and she delivered them all excellently.

Rowell did not start out as an actor, that is one thing for sure but Akiko Solon, the films leading lady stole the show. Without giving too much away, Magbuwag Ta Kay is simply put, a film about a couple having to face the realities of having to face the dreaded long distance relationship and whatever decision they made, is for you to find out on your own.

But what I truly appreciated about the film was it’s realism and practicality. 1. LDRs are not a joking matter, 2. LDRs suck and 3. packing your bags and leaving your home aren’t just about leaving boyfriend, it’s about leaving your entire life… so what do you do when you have to leave everything behind? Someone is bound and to get left out and hurt and #MTK portrays this reality perfectly.

Production-wise, I’m no pro and I’ve only dreamed about writing/ direction/ acting in my own movie so I honestly do not feel like I am in the right position to comment on it but they definitely had their highs and lows but the highs outweighed the lows and I wasn’t pulling my hair out in frustration. Dili ko sweto, hinawayon lang gyud ko nga tao. lol.

My definite favorite though, aside from the story, was the musical scoring and the details put into making this film because I truly believe that us Cebuanos do not give ourselves the credit that we deserve. We are soo talented beyond measure, and if you pay attention to every single detail, you will be blown away at how truly talented we are, not only as Cebuano’s but also as Filipinos.

A rom-com isn’t something I would jump at the chance of watching because it’s not my preference but I enjoyed it nonetheless. In fact, my very own mother who is the most difficult person to impress, enjoyed it so much she was giddy at having been able to experience her very first Bisaya film. We both laughed, cried and rolled our eyes… when the occasion called for it.

If you asked me, I would definitely watch this film again and I would most definitely encourage everyone I know to watch it. Not just because I watched it but because I enjoyed it. I know that’s not the selling point you want or deserve but if it means anything to you, the film was funny, it showcased Cebu, it pulled a soft spot you didn’t know you even had and it is ours.

But also, (spoiler) who grounds a college graduate? I am truly curious. And also, how let’s their sister ground them? My mom and I debated about this for a bit and it seems that I am a force that cannot be reckoned with but I am mind blown nonetheless.

DO NOT STREAM THIS MOVIE. WATCH IT IN A MOVIE THEATER. SUPPORT LOCAL.

ALSO, I WANT TO BE SNAKE PRINCESS.