Cafe Noriter. Where I only had an espresso shot. -.-

It’s totally still blog worthy, right? Despite me ONLY having an espresso shot. Sorry, it was just one of those days.

Cafe Noriter is one of those secret hideout places that you wanna keep a secret but unfortunately, cannot. It’s soo unique with their bunk cubicles and private sheds that it kind of reminds me of the tree I’ve always wanted as a kid.

It is such a quirky place to go and hang out with friends and family and if the set up won’t amuse you, I’m sure the little notes and jokes plastered all over their walls will!

Although I only had their espresso shot, I’ve heard from a friend or two that their other drinks aren’t “to die for” and if you’re not into the Korean blend, then you might want to stick to something more familiar.

But nevertheless, there’s always something for everybody!

I only had an espresso shot because if you didn’t already know, I can’t have too much sweets and plus, my friends showed up too late to catch the last order. (It was their soft opening so operations ended early)

I promise to make an update next time we go back, hopefully with more food and drinks this time! 🙂

I guess I’ll give it 2 more years.

I’ve been giving it a lot of thought and maybe if I’m not where I want to be in 2 more years (by then I’ll be 25) maybe it’ll be time for me to look for my bliss elsewhere.

Hopefully in 2 years I won’t be in such a financial slump and I won’t be the only person I know who isn’t married.

2 years of letting myself just drift around and figure out where I am in everyone’s life.

2 years or.. I might as well just get off the pot.

Except… it’s not really a secret, is it?

It’s a mix of my sisters’ and my reading list. She likes “romantic novels” and I just like to read. I’m ok with the post apocalyptic scenarios but you can only have ONE story that involves regions/ factions and that is HUNGER GAMES.

I don’t know how I would fare reading Mythical Game of Throne type of books so I just stay away from them in general. Maybe in time I’ll give it a try.

Must find the reading list I had at Accenture.

5. An Abundance of Katherine – John Green (this is totally a joke to me)

– I just finished reading Why We Broke Up and I did not like it. Maybe the romantic novels really just aren’t my thing. 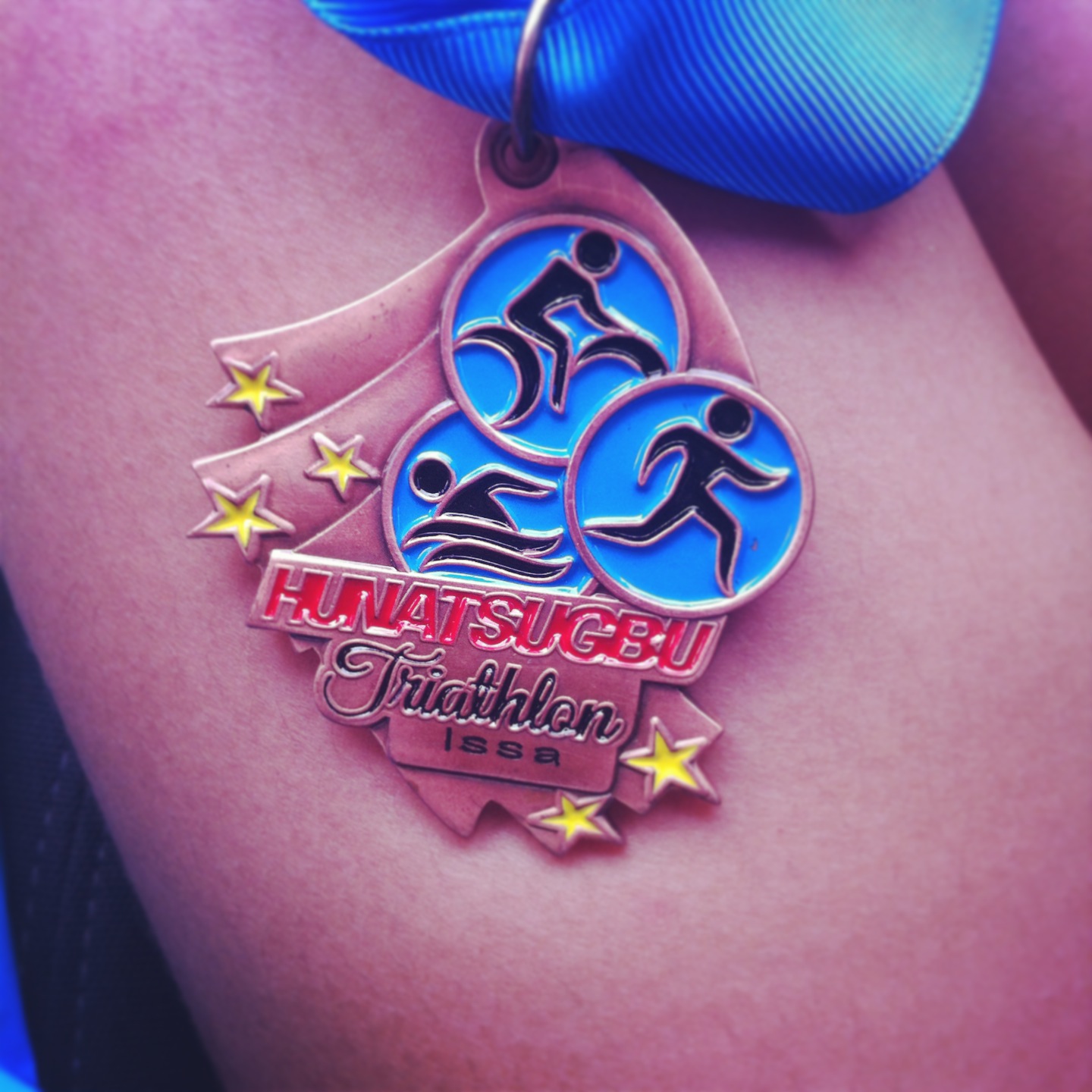 Hi, you already know me as Issa, the “fashion” blogger slash “food” blogger but more importantly as the none stop talker. But I am also Issa the girl :

I started loving sports at a really young age and as much as I can remember my childhood consisted of afternoons spent training on a court or in a pool. On days when I wasn’t training, I was competing in something and most often than not, getting my ass whipped. That’s the trouble when you’re the jack of all trades but a master of nothing. boo.

If you read my bio, which by the way needs updating, I have mentioned my plans on joining a triathlon in due time.

But fast forward to present times, with a busted knee and a months worth of training, I was lucky to have been able to compete along side my friends at the Hunat Sugbu Triathlon last October 6, 2013 at Oslob, Cebu.

Together with my 2 good friends, Jeremy Hong (swim) and Kevin Yu (run), we endured the heat, sweat and waves and competed in our very first triathlon relay.

I finally got to take out my bike/ boyfriend, Mr. Glide, and show him what a 40 kilometer bike ride along the gorgeous picturesque roads of Oslob were like. But don’t let me be the one to tell you amazing it was, it’s really something you’ve gotta try out for yourself!

It wasn’t my best biking performance and if you’re ever going to take any piece of advice from me, it should be this:

NEVER try anything new on the day of the race. EXPERIMENTING should be done during training and not during a competition.

Like, don’t try out energy gels 15 minutes before the race if you’ve never done that before. Or you will end up puking. #fml

But it was totally worth it!

With the best boyfriend ever! 🙂

Also, if you’re into biking as well, let’s all do something for the community and SIKAD for Bohol. It’s been a really rough week for all of us Cebuano’s and Boholoano’s but god willing, through our reliefs and efforts, maka bangun ta.

Every Friday for 10 weeks at 7:00 pm at IT Park, specifically Chicken Charlie, where the chicken tastes bad (no offense) and all I can think of is how much I want 100% sugar in my milk tea the next time I go to Chattime, Paolo and I will set aside any beliefs or notions about God and the church and… attend a bible study.

Now, everyone knows I’m not that girl and that maybe, Paolo isn’t that guy and… god forbid I turn into any of the church ladies I loathed so much growing up. But maybe we never really know what we want as we grow older.

Maybe our beliefs change and our needs differ. And maybe, just maybe, it feels good to have a guiding force in your life. Even if it is a born again bible study and Paolo and I have somehow agreed to be Catholics.

But let’s not dwell on that right now. Our differences in religion has never been an issue.

It feels weird, it feels awkward, sometimes I’m listening and I’m like “why the hell do I not remember learning that in church… or in school?” but it’s the fellowship that I’ve learned to love so much that makes me come back.

And you know, I’m not the most religious or God fearing person and maybe I don’t have to be but.. I feel good.

And not to mention late 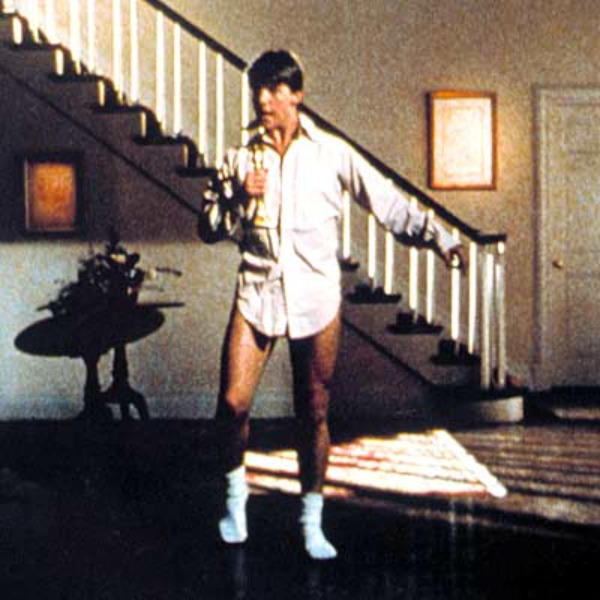 You can tell it’s one of those no make up days when I’ve got my trusty cap on. Luckily for me, I can still be in “style” while hiding my hideous face with my faux leather cap that I scored from Gaisano Tabunok for just P 109.00!

Don’t you just love a great deal? I swear, it was worth the long travel!

Also, I recently found out that Follie shoes (commonly seen in Ayala Department Stores) are actually made in Car Car! And although it doesn’t make much of a difference since they sell for the same price, knowing stuff like this is pretty cool.

Brand bashing aside, I hope your day goes as well as a white button down shirt.

I say this because you can never really go wrong with a crisp white button down, right?

Unless of course you’re this guy…

Just kidding. This is a classic!

This Saturday will be my first ever triathlon. I’m not going to do the full tri but instead, I’ll be on the biking leg. Baby steps.

I had to get really serious with training already since I only have a few days left to train and quite honestly, I’m really starting to hate biking around IT Park. Aside from the fact that there are too many health hazards, there are too many distractions.

I haven’t gone a month training there without stopping to talk to friends I meet along the road which is bad for my momentum and pacing. So today, I decided to just wake up and start biking. I didn’t bother to shower (although I never really shower before biking. It doesn’t make sense.) or brush my teeth either.

Just so I would be too embarrassed to stop over and talk to people which would lead to my training time being used up.

Glad to say it worked!

So if it was YOU who was calling me earlier thinking you could distract my game… then you were wrong. STINKY BREATH CONQUERS EVERYTHING!