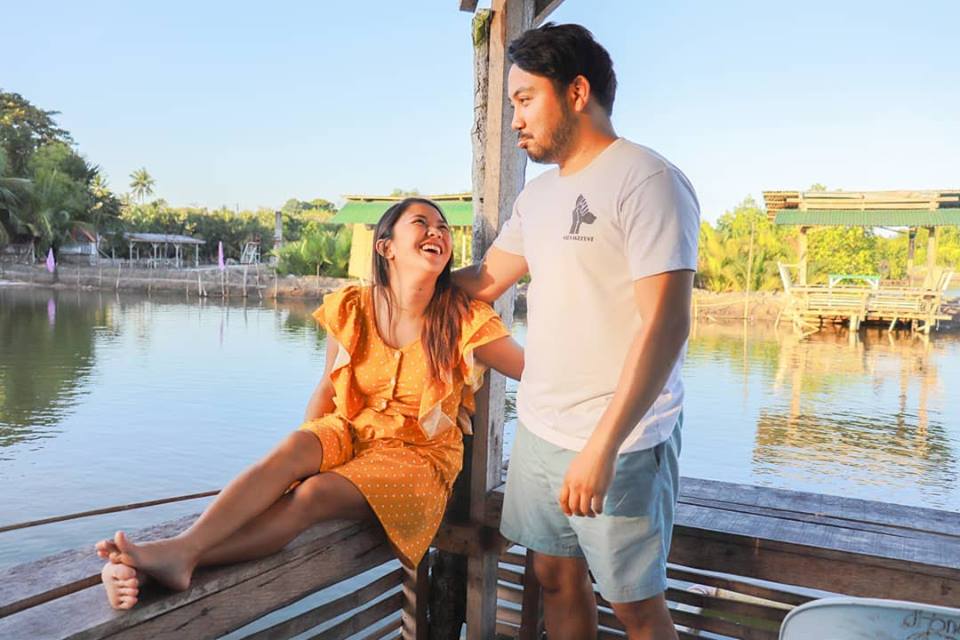 I know they say that a woman’s wedding day is the most important day of her life but if I’m being extremely honest with all of you, I’ve always felt that I’ve been the most unenthusiastic bride to ever walk the face of the earth. I’ve always wanted and dreamed about being married one day and I’m glad that I get to marry the love of my life but I never actually dreamed about the wedding day itself. Sorry to offend anyone out there but I’ve always kind of despised weddings. Maybe it’s the grandiosity of it all or maybe because it wasn’t mine but the point is, this mindset of mine made it extremely hard to even just make the first step of wedding planning.

As we eventually moved along into the wedding process, I constantly found myself questioning why I wasn’t looking forward to the wedding and concluded that maybe because Paolo and I were already living together and a wedding seemed kind of irrelevant at this point. Maybe because there were so many requirements to accomplish and there were so many other things I felt like I would rather be doing than to listen to a seminar telling me how NOT to have a baby (we’ve been together for 8 years, I think we’ve mastered that by now, ma’am).

Maybe it was because a wedding required so much money, money we didn’t necessarily have or planned to use for our future. Maybe because I was anxious of past family issues springing up and me having to face them after so many years of sweeping them under the rug. Whatever the reason are, I kind of had to muster up my feelings and tell myself that I only get married once and I might as well enjoy the process because I’m lucky enough to even be able to get married.

We are 2 months shy from the wedding and it’s been an emotional roller coaster mostly caused by people who don’t really matter. I feel like I’ve had a good support system through it all but also I’ve never been afraid to tell someone to fuck off so it’s been a party but I wanted to write this down and share it with the world anyways just in case you needed it or felt like you needed some comic release.

Here are Things I Wish I Knew About Planning A Wedding:

1. Everyone has an opinion and will impose said opinions on you.
From coordinators, suppliers, HMUAs and venues- anyone who’s been married will immediately force their opinion on you assuming that you thought their wedding was to die for. This can get quite annoying but I picked this notion up quickly and decided to not talk about my wedding so much amongst people whose opinions didn’t matter. I was never secretive about the details or what not, I just didn’t want people shoving their ideas down my throat.

2. People will immediately assume that you want to blow all your money on one day.
I personally blame women who dream of the perfect fairy tale wedding for this and wish that Pinterest wasn’t so damn aesthetic. But this really was an issue that I find myself having to deal with on a daily basis because people really think that you’re willing to spend 5 digits on wedding invitations that people will eventually throw out and whatever else money you have on shit people pay absolutely no attention to (center pieces, cakes, etc.).

I constantly have to remind people that Paolo & I are not fancy people and are not relying on wedding gifts to pay our excesses. We also do not believe in getting 20 sponsors who come from money so we can pay for the wedding using the money they gave us because Ninangs & Ninongs are meant to guide you in your marriage not pay for your wedding.

3. Apparently, flowers are a big deal at weddings.
No matter how much you bitch and fight, flowers apparently are more important than the bride herself on your wedding day and you will be pressured to shell out more than you wanted to on things that will die right after you pick them. I really hate flowers and contested against them but eventually had to give in to appease everyone in my life. I cannot tell you how many bitch fits I threw because I really wanted to go without the flowers but at the end of the day, it was just easier and your bridesmaids need something to hold, I guess. Whatever. Fuck it. I still hate flowers.

Fortunately, I was able to come up with some alternatives: 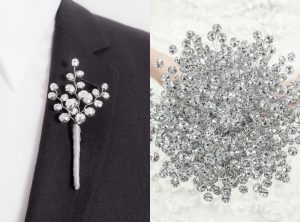 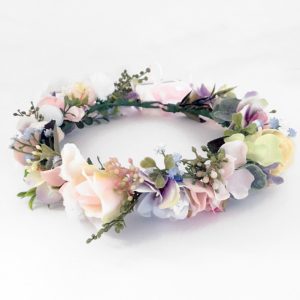 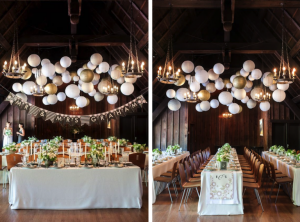 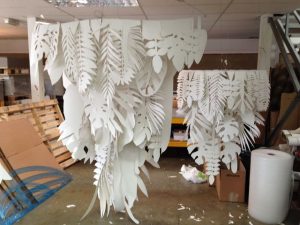 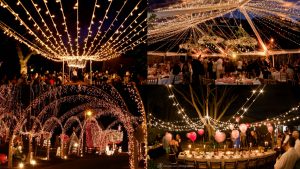 4. Everyone wants to be invited to your  wedding.
If you’re Filipino or Chinese, you know exactly what I’m talking about. I don’t know if this is culture or FOMO but everyone and I mean EVERYONE will want to be invited to your wedding. Remember your first grade seat mate? No? Well, he/ she does and is not so secretly waiting for you to invite them.

I’ve learned to tell people that we only want a small wedding and to therefore not expect an invitation until we finally finalize our guest list. No hard feelings, we simply just can’t afford to invite everyone. They’ll eventually get it and if they don’t then that’s why they’re not invited to the wedding. But please, don’t self invite yourself; start a group chat asking if you’re invited or suddenly start waving at me on Facebook even though we’ve NEVER talked before. Not cool and trust that I’m talking about your antics amongst people every chance I get.

5. Grooms are not into wedding planning
Now I wouldn’t exactly say this is a bad thing because I’ve always been a control freak and prefer doing things on my own. Some of my friends feel greatly saddened when their partners aren’t really involved in the wedding process but come on, guys don’t really care what kind of paper you use for invitations- they just want to know how much money they need to put out for it. #truth

Prior to wedding planning I sat down with Paolo and asked him if there was anything he wanted specifically so I could take it into consideration but he’s basically just been an able body helping me move requirements, get to places and what not. I don’t hold it against him, I understand he’s not a girl and if planning this pains me what more him? I’m good doing everything on my own, we’re good.

6. Coordinators are your best friends for the next number of months.
While we only opted for an on the day coordinator, I’ve sought refuge from my coordinator on more than one occasion. She’s been more than helpful and it helps that she’s basically an all in one package- coordinator, florist and stylist. I really wanted to avoid having so many suppliers to avoid communication mix ups and higher risks on the day of the wedding.

I admit I haven’t been the easiest to deal with especially because I’m so damn stingy but she does try to level with me whenever she can and she is the voice of reason during these stressful times. 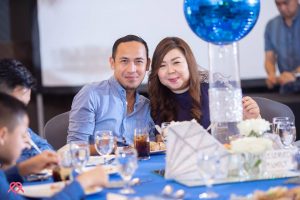 6. It’s your wedding, your money, your rules.
A lot of things will stress you out throughout this entire wedding planning process but it’ll soon be over and you’ll find yourself bored out of your mind without anything to do. lol.

The best piece of advise anyone has ever told me is that it’s your wedding and you’re in charge of what you want- unless your parents are paying for it and are extreme control freaks. Nevertheless, you’ll be out of your house soon anyways and you won’t have to be controlled by them anymore. Otherwise, you might really need to start exerting dominance this time.

I hope you enjoyed this little rant of mine. I feel like I’m doing this more for myself more than anyone else because I badly need an outlet to vent. Tomorrow is Monday and I still need to work on our wedding requirements so I’m just taking advantage of my down time.