so, i’m grounded AGAIN. this summer is turning out to be veeery interesting. tsss, yeah, sure.

ok so here’s what happened. you know that blog before this one? yeah, the one james posted. well, we did see ecah other that night. see, my parent’s went out and left me at my gramma’s place and said they’d pick me up at 11-ish so i snuck out and yeah, maybe sneaking out isn’t really my area of expertise. my papa went there at around 9, i wasn’t there, he freaked out, called me [and when i didn’t answer, he called chabel] and when i got home, screamed at me [in front of the neighbors and the maids and the dogs the maids were walking] and then droke home like a mad person.

but of course, i got away with it. they don’t know that i snuck out to meet james, all they know [or think for that matter] is that i went to I.T. Park to meet up with Jet [his cousin] who was having dinner there after his acting class thing. so yeah. i didn’t really care that i was grounded. i mean i have 2 weeks til school starts again so, whatever. i’m just not allowed to join any church activites til school starts again.

so i was grounded but guess what i did yesterday?? 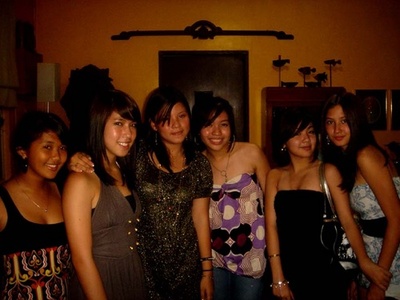 fucking partied!!
and guess what? i didn’t even have to sneak out. my mom asked my papa if i could go as a suprise.

i think my mom just really loved the fact that for ONCE she was the good person in this story. haha. i feel you.

anyways, i guess she just felt sorry for me cuz it was ina’s 16th and it was a suprise party and she practically dragged me to the end of the world for the final hearing of my adoption so, yeah. and plus, she also forced me into taking nursing for college.

but yeah, me and the step father aren’t in really good terms right now so i really don’t care if i don’t get adopted or not. he can die for all i care. omg, i’m kidding. really.

so went to the party then paseo then got picked up at around 11:45 which was NOT fun but i got to hang out with james for a while with his friends. this boyfriend girlfriend thing is scary.  i mean, not cuz i don’t like being seen with him it’s just that i was scared bout what his friends or my friends would think cuz yeah, he is my first boyfriend and all so i’m basically a social retard. haha. god, guide me!!

got picked up and them got sermoned AGAIN. my mom saw my pictures with james on my friendster and said that i was being too obvious that i liked him and other shit. it’s a shame she doesn’t know what i know. HAHA. 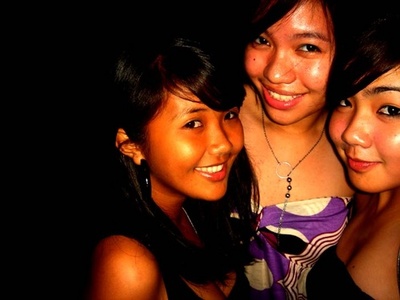